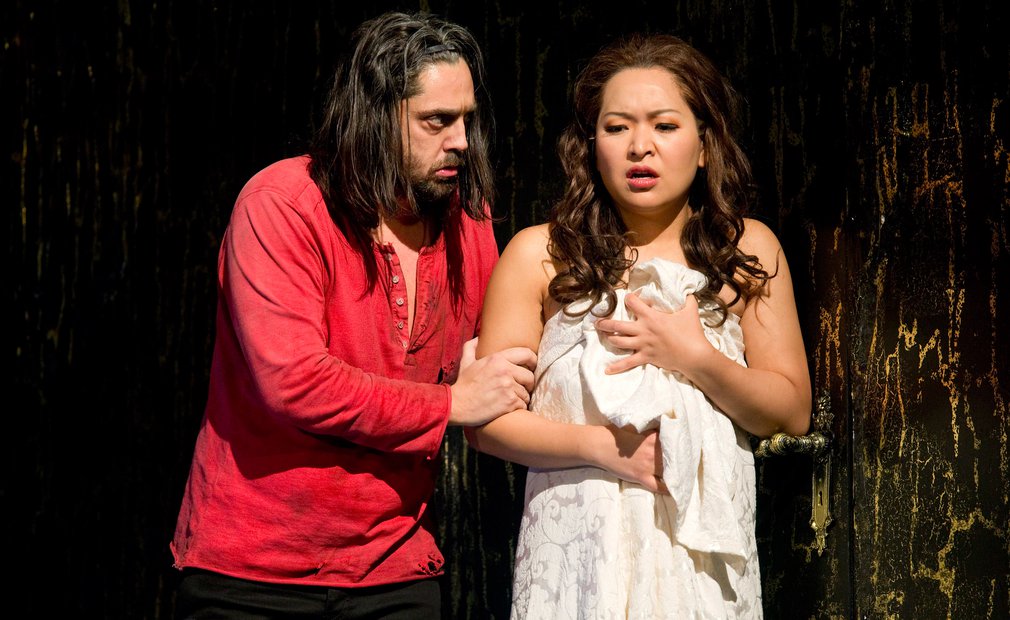 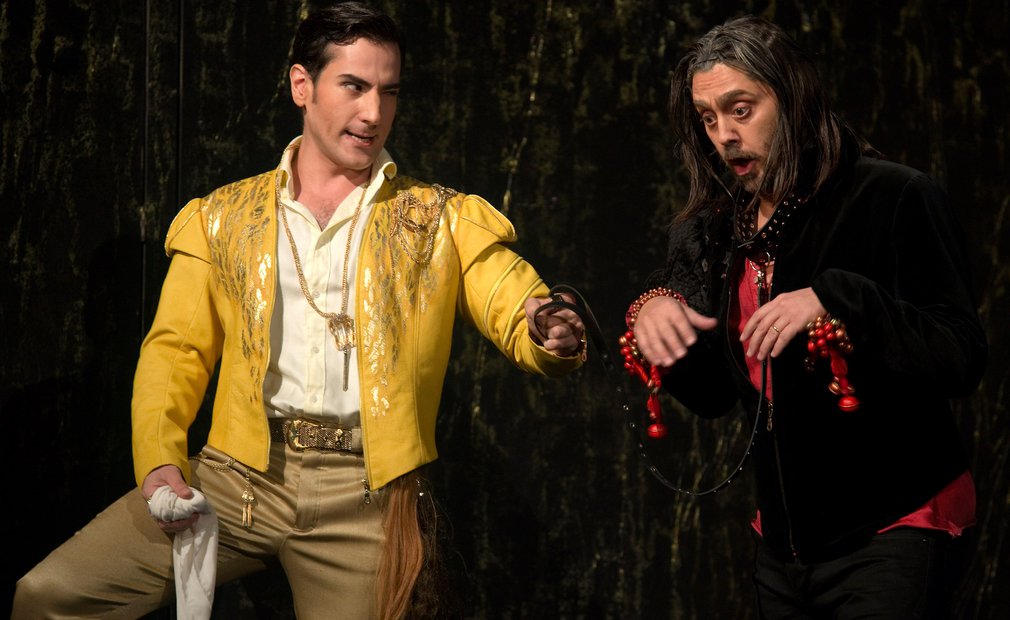 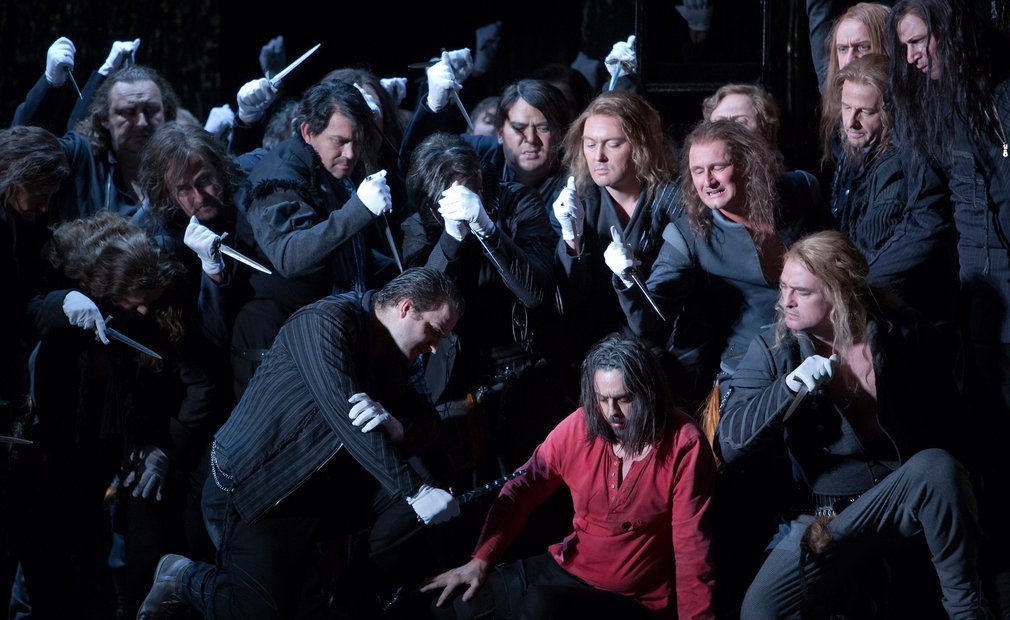 Opera in three acts | Text by Francesco Maria Piave after the verse drama Le roi s’amuse (1832) by Victor Hugo | In Italian with German supertitles | Playing time ca. 3 hours | Two intermissions
»Le roi s’amuse«, translated into English as The King’s Fool, Victor Hugo’s acclaimed play, is the model for Verdi’s ever-popular opera »Rigoletto«. For his own personal amusement and that of his decadent court, the Duke of Mantua employs Rigoletto, his hunchbacked court jester. In anticipatory obedience, Rigoletto serves his master’s need for vulgar entertainment, not shying away from presenting his pleasure-seeking employer with the daughters of noble society on a silver platter. At home, he is a devoted father, who heavy-handedly protects his daughter Gilda from the darker side of humanity. But Rigoletto’s double life dooms him when Gilda falls in love with the Duke, in disguise as a young student. The Duke’s frivolous, laddish canzone (»La donna è mobile«) becomes a portent of death for Rigoletto. Anthony Pilavachi achieved national attention in the public as well as the press as the director of the Ring des Nibelungen in Lübeck, and turns his attention to this part of the so-called Trilogia popolare for Leipzig in the Verdi Year.