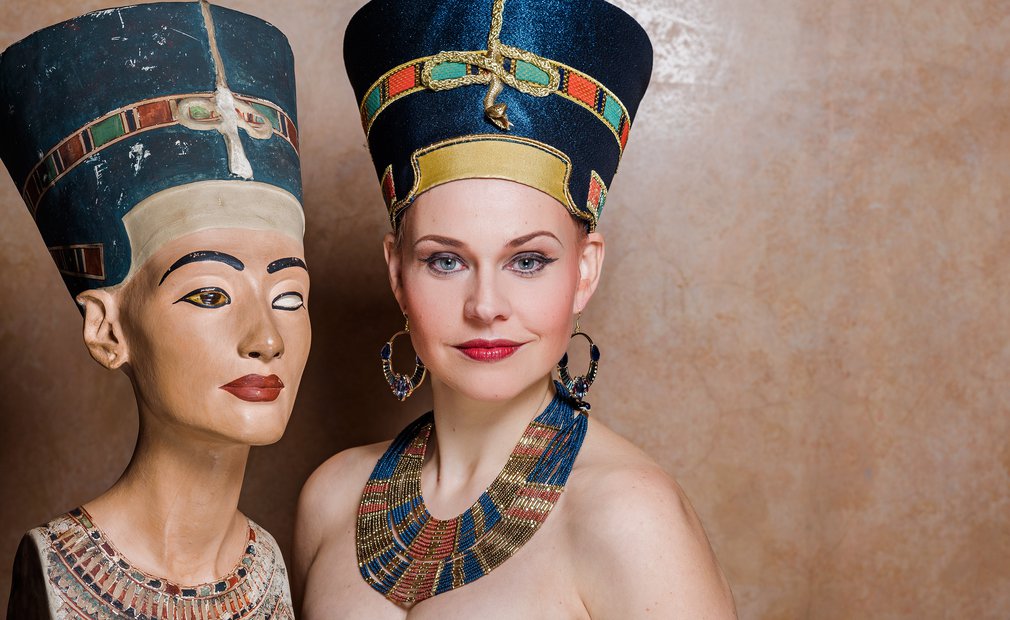 Imagine visiting the Steindorff Collection in the Egyptian Museum of the University of Leipzig diagonally across from the opera house and suddenly being overwhelmed by history because  the real Nefertiti is standing right in front of you. This could happen to you if you book a joint ticket for the end of October, consisting of a guided tour of the museum and the performance of an operetta for which there is no better location: Nico Dostal's Egypt operetta "Princess Nefertiti" in a specially designed version for this location. Together with the legendary British archaeologist Lord Callagan (Milko Milev), you will trace the secret of the pharaoh's daughter Nefertiti, who once fell in love with a simple officer against her father's will. Here the urge to explore coincides with family interests, because Callagan's daughter has also fallen in love with the penniless second assistant Lord Callagans (Adam Sanchez), who in turn favors his first assistant, one of the richest potential sons-in-law in the British Kingdom (Jeffery Krueger). The fate of Princess Nefertiti (Lilli Wünscher) is now to determine the fate of his daughter Claudia. The musical direction of this abridged version for salon orchestra is in the hands of Tobias Engeli.