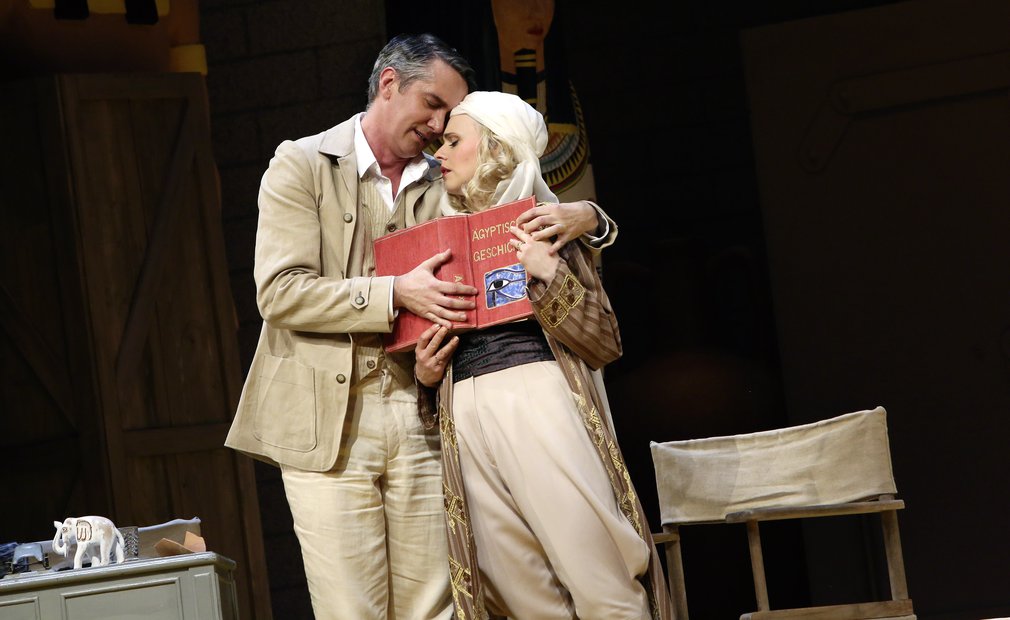 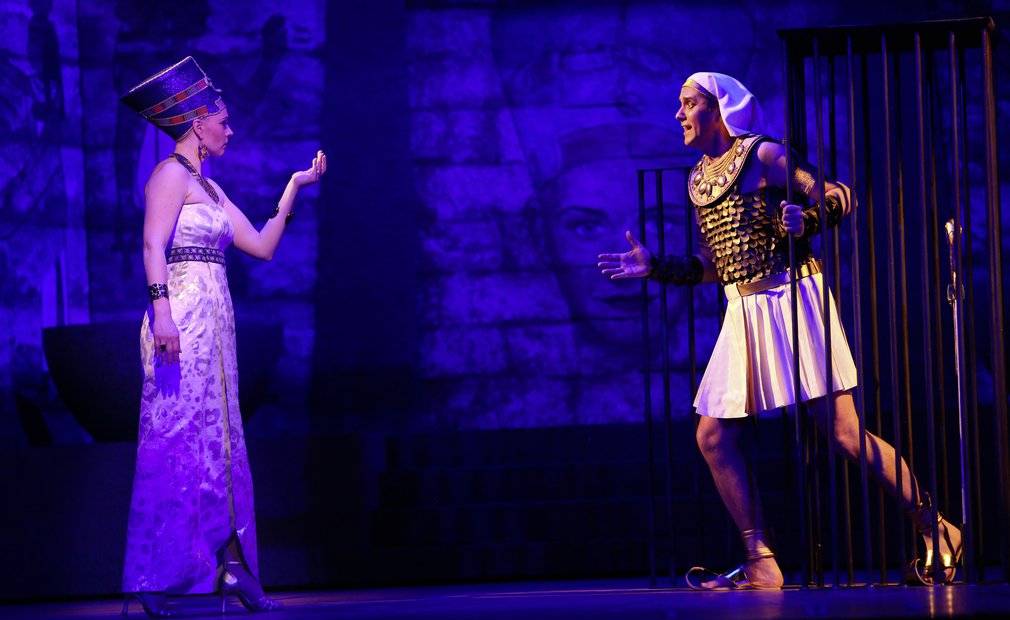 First staged production after the world premiere in 1936

Multiple mysterious women are at the center of Nico Dostal’s operetta Princess Nefertiti. One is the eponymous enigma, whose life and death are shrouded in secrecy, and whose tomb also became the final resting place of more than one hobby archaeologist. But a luminary as brave as Lord Callagan isn’t so easily scared. He’s used to achieving the impossible. While Pollie guides tour groups through bustling Egyptian streets, Callagan and his assistant Totty are able to penetrate the tomb of the pharaoh’s daughter. Callagan hopes to marry off his daughter Claudia to the well-to-do Totty, but Totty is soon head-over-heels in love with Pollie. Which isn’t so bad, because Claudia only has eyes for an Egyptian local. And by breaking into Nefertiti’s tomb, Callagan has set off a chain of events that spell seeming disaster for Claudia, whom the fortune teller Abu has prophesied is doomed to the same fate as Nefertiti. Little do they know that the Pharaoh’s daughter was, once upon a time, sentenced … to marry the man she loved!

Nico Dostal’s operettas captivate audiences with their lush sensuality and captivating rhythms of the ‘20s and ‘30s. And because of the decades that have passed between Princess Nefertiti’s premiere and today, the then-popular phenomena of exoticism and burgeoning tourism, this extravaganza’s ironic commentary is even stronger today.