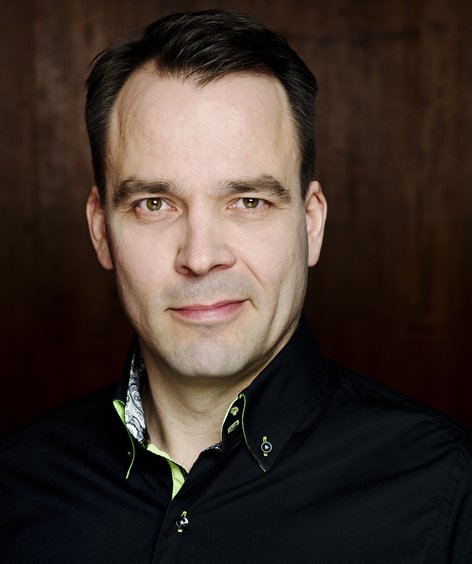 Was born in Helsinki. He first studied singing at the Sibelius Academy in his hometown, then at the International Opera Studio Zurich. In 1996 he won the National Singing Competition of Lappeenranta, and joined the soloist ensemble of the Deutsche Oper am Rhein in 1996. He has held guest contracts at the Staatsoper Berlin Unter den Linden as well as at the opera houses of Hanover, Augsburg, Bielefeld, Zurich, Lausanne, and Nice. From 2000 – 2002 he was a member of the ensemble at the Theater Erfurt. He appears regularly as a guest at the theaters in Chemnitz and Linz, as well as at the Finnish National Opera and the Savonlinna opera festival. He has been a member of the Oper Leipzig ensemble since the 2002/03 season. Roles in the 2021/22 season include Wotan in »Das Rheingold«, Alberich in »Siegfried«, Gunther in »Götterdämmerung«, Friedrich in »Das Liebesverbot«, Scarpia in »Tosca«, the Speaker in »The Magic Flute«, and he adds Telramund in »Lohengrin«.