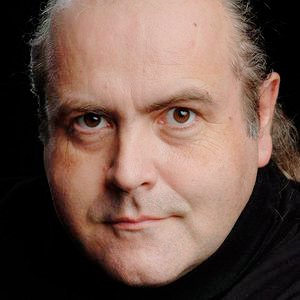 Trained at the University of Music Lübeck. He had his first engagements in Bremen and Mannheim, and then later at the Opera Bonn. Since 1997, he has worked as a freelance opera and concert singer. He made his debut with the Los Angeles Philharmonic Orchestra in 2000. Thereafter, he received invitations to the Deutsche Kammerphilharmonie Bremen, the Symphonieorchester des Bayerischen Rundfunks, the Boston Symphony Orchestra, and the Tanglewood Festival USA. He changed to the Heldentenor fach, and subsequently appeared as Siegmund in »Der Ring des Nibelungen« in the 2005/06 season at Oper Köln. He most recently appeared as Loge and Siegmund in a »Ring« co-production from the Theater Halle and Ludwigshafen, as well in the role of Parsifal at the Malmö Opera House. He made his debut with the Oper Leipzig Loge in the concert version of »Das Rheingold«, joining the 2012/13 staged production in the same role. He debuted as Siegfried in »Götterdämmerung« during 2015/16 season, and first appeared as Max in Der Freischütz in the 2016/17 season, and in the same season added the title roles in »Parsifal« and »Siegfried« to his repertoire. He returned to the Oper Leipzig in the 2020/21 season as a guest to sing Loge and Siegfried (»Götterdämmerung«) in »Der Ring an einem Abend«. This season he appears as the Regent in »The Fall of the Antichrist «, the title roles in »Parsifal«, »Lohengrin«, and »Siegfried«, and as Loge in »Das Rheingold«.