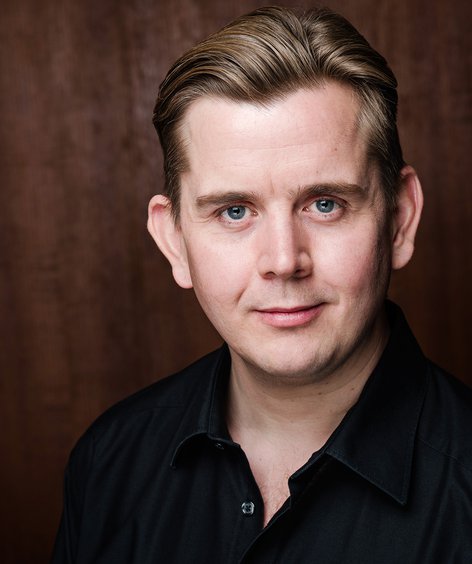 Studied music in Reykjavík and at the University of Music and Performing Arts Vienna. He debuted as Ferrando (»Così fan tutte«) in 2008 as a member of the opera studio of the Icelandic State Opera. He has made guest appearances at the Landestheater Vorarlberg, at the Festival am Semmering, in St. Moritz, and as part of the opera festival “Alf laila wa laila 2011” where he appeared in the world premieres of three operas for the sirene Operntheater in Vienna. After a guest engagement as Ferrando, he joined the ensemble of the Landestheater Linz in the 2012/13 season. He has also made a guest appearance at the Wiener Festwochen in the role of a Knappe in Bernhard Lang’s world premiere of »Mondparsifal ALPHA 1-8«. He joined the soloist ensemble of the Oper Leipzig with the 2017/18 season, and again in the 2021/22 season with roles such as Froh in »Das Rheingold«, Erster Geharnischter in »Die Zauberflöte«, the Steuermann in »Der fliegende Holländer«, 1.Hofschranz / Prinz Adelaar in »Schneewittchen«. New roles this season include Kunz Vogelgesang in »Die Meistersinger von Nürnberg«, Heinrich der Schreiber in »Tannhäuser«, and Leonard in »Maskarade«.