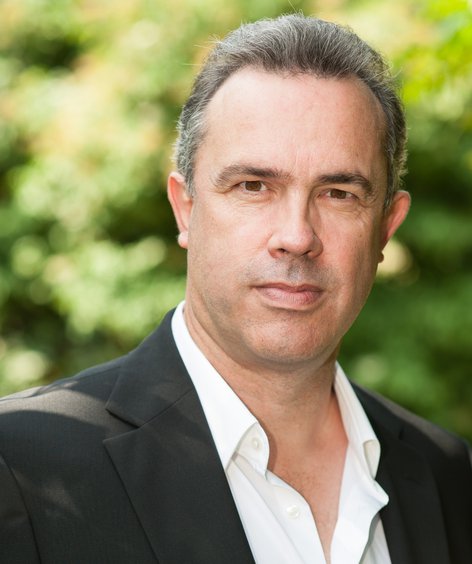 Was born in England. He studied music at Leicester University. Before embarking on a singing career, he was the marketing director for a British company. He was a member of the ensemble at the Theater Dortmund from 2006-11. He has appeared as a guest at the Sydney Opera House, with the English National Opera, the RTE Symphony Orchestra in Dublin, at the Royal Opera House Covent Garden in London, at the Deutsche Oper Berlin, and he appears regularly with the Oper Düsseldorf, Oper Köln, and the Taiwan Symphony Orchestra. He debuted in Oslo in 2013 in a production by Calixto Bieito (»Les Contes d’Hoffmann«), and subsequently worked with that director in two further productions (Iago in »Otello« in Basel and »Aufstieg und Fall der Stadt Mahagonny« in Antwerp). He debuted as Achilles in Schoeck’s »Penthesilea« at the Oper Frankfurt in 2011. He debuted at the Semperoper Dresden in 2012 as the General in Henze’s »We Come to the River«. The following year brought debuts at Oper Düsseldorf (the world premiere of von Oehring’s »SehnSuchtMeer« and »Rigoletto«), as well as at the Oper Köln as Tamare (Schreker’s »Die Gezeichneten«). He took his first bow as the Dutchman in »Der fliegende Holländer« in 2014 in a production by La Fura del Baus in Lyon and Lille. He debuted as Wotan (»Das Rheingold«) at the Deutsche Oper am Rhein. He is also active as a concert singer. He has appeared at the Oper Leipzig as Dr. Schön/Jack the Ripper in »Lulu«, Jack Rance in »La fanciulla del West«, and as Telramund in the abridged version of »Lohengrin«. He returns as a guest in the 2021/22 as the Wanderer in »Siegfried« and adds Wotan in »Die Walküre« and Telramund in »Lohengrin«.