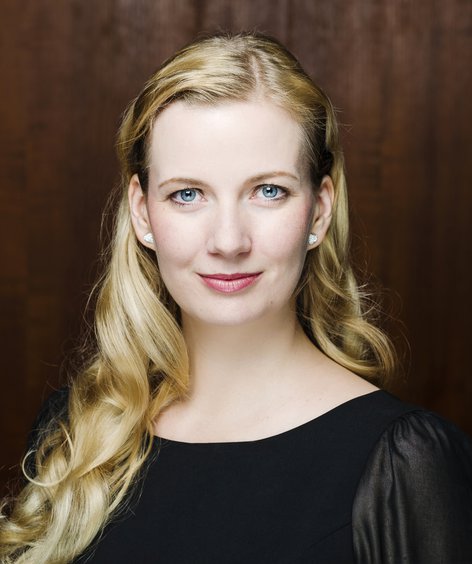 Studied voice at the Musikhochschule Lübeck. She has participated in masterclasses with KS Anna Tomowa-Sintow, Irwin Gage, Matthias Goerne, and Grace Bumbry. She has held engagements at the Theater Lübeck, the Landesbühnen Sachsen, and the Oper Halle. She maintains a busy concert schedule, and has made concert appearances in São Paulo, Rio de Janeiro, and Ljubljana. She has had guest engagements at the Bavarian State Opera Munich, the Komische Oper Berlin, the Staatsoperette Dresden, and at the Schleswig-Holstein Music Festival. She has been an ensemble member of the Leipzig Opera since the 2015/16 season. In season 2020/21 she can be seen as Hänsel in Hänsel und Gretel and Knusper, knusper, knäuschen …, Suzuki in Madama Butterfly, Wellgunde in Das Rheingold and Götterdämmerung, Siegrune in Die Walküre, Mercédès in Carmen, the passerby/animal/dwarf in Snow White, Kathinka in The Bartered Bride, Gianetta in The Elixir of Love, Second Lady in The Magic Flute. New: Farzana in Die Feen and Ines in Il trovatore.