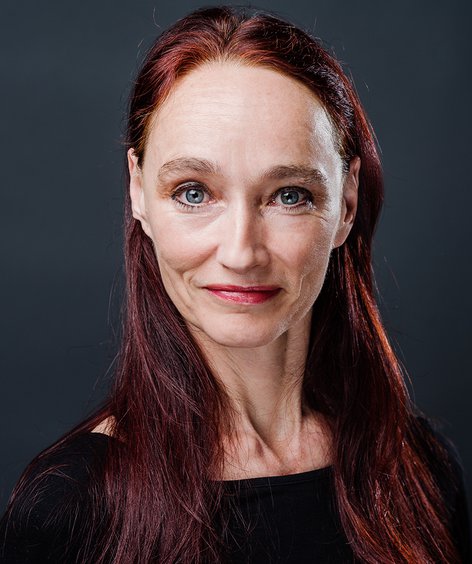 Was born in Essen and studied German philology, philosophy, and musicology in Cologne. She spent a year at the Conservatory of the City of Vienna in the Dance Department, graduated from the Dance Academy Rotterdam, and holds a diploma as a lecturer in modern dance. She has worked as a dancer and choreographer, including with artists such as Hans-Günther Heyme, Manfred Karge, Dietmar Seyffert, Susanne Linke, and Christof Loy. She has collaborated regularly with Rosamund Gilmore since 1997, including performances at the Theater Bremen, the Oper Frankfurt, and the Musiktheater im Revier Gelsenkirchen. She has also appeared at the Theater am Neumarkt in Zurich, the Staatsoper Berlin, the Theater Klagenfurt, the Gärtnerplatztheater in Munich, the Opera Monte Carlo, the Bavarian State Opera, and the Theater Erfurt.