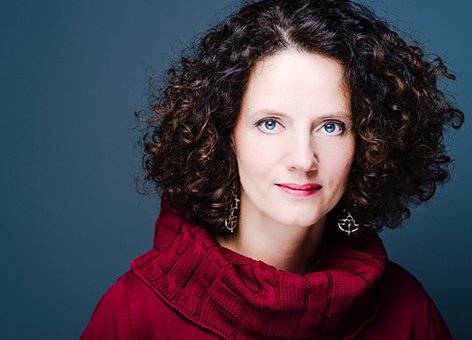 Was gorn in Wiesbaden. She studied voice at the Musikhochschule in Würzburg, and completed further studies at the conservatories in Karlsruhe and Freiburg. She is a stipend-holder of the Richard Wagner Association. She joined the ensemble of the Stadttheater Gießen in 1993, and changed to the Theater Koblenz in 1999. She has appeared as a guest at the Staatstheater Wiesbaden, the Stuttgarter Staatsoper, and at the Aalto-Theater Essen. She covered Brangäne for the Oper Leipzig in Hong Kong. She has appeared as a recitalist and concert singer internationally, including performances of the Schoenberg version of Mahler’s Das Lied von der Erde with the Rheinische Philharmonie Koblenz, and the role of Marguérite in Berlioz’s La Damnation de Faust in Romania. She has has appeared as Waltraute in Die Walküre at the Oper Leipzig since the 2014/15 season.