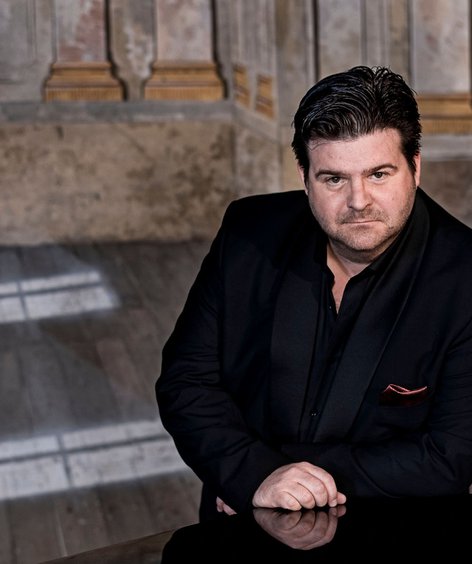 Was born in Stockholm. He received his musical training as a baritone at Adolf Frederik’s School of Musik and at the University College of Opera in Stockholm. He made his debut in 1993, and has appeared regularly since then as a guest at all of Sweden’s important opera houses. Concert engagements have led him to Denmark, Norway, Germany, Austria, Spain, Great Britain, France, Belgium, and the USA. He is the recipient of numerous awards. He made the switch from baritone to tenor in 2004, and has since appeared as Don José in Carmen, Loge in Das Rheingold, Sergei in Lady Macbeth von Mzensk, Riccardo in Un ballo in Maschera, Herodes in Salome (Royal Swedish Opera, Malmö Opera), Hans Schwalb in Mathis der Maler (Opera de Bastille under Christoph Eschenbach), the title role in Parsifal (Deutsche Oper am Rhein in Dusseldorf, Bavarian State Opera, Royal Swedish Opera and Finnish National Opera, among others), Siegmund in Die Walküre (Royal Swedish Opera, De Nationale Reisoper, Nationaltheater Mannheim and Opera North), and Lohengrin (Viennese State Opera, Deutsche Oper Berlin, Royal Opera in Stockholm and in Baden-Baden under Christian Thielemann). He appeares at the Oper Leipzig as Herodes in Salome, and in the title roles of Siegfried and Lohengrin.