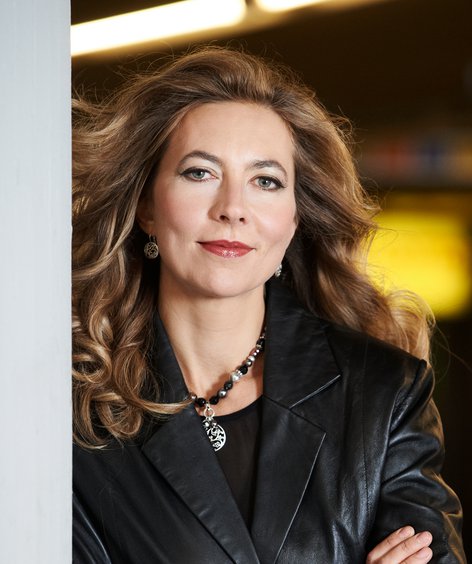 Was born in St. Petersburg, and studied at the conservatory there. She had her first engagement at the Stanislavsky Theater in Moscow. She went to the Staatstheater Nürnberg in 2005. She was a member of the ensemble of the Deutsche Oper Berlin from 2005-2007. She went to the Staatsoper Stuttgart in 2007, and remained there until 2013, when she joined the ensemble of the Staatsoper Berlin Unter den Linden. She is a prize winner of the ARD-Musikwettbewerb. Her repertoire includes the Composer (»Ariadne auf Naxos«), Venus (»Tannhäuser«), Eboli (»Don Carlo«), Amneris (»Aida«), Azucena (»Il trovatore«), and Fricka (»Die Walküre«). She has appeared as a guest at the festivals in Aix-en-Provence and Bayreuth, at the Bayerische Staatsoper in Munich, the Royal Opera House Covent Garden, the Teatro Real Madrid as well as at the opera houses in Valencia, Washington, Madrid, and Santiago de Chile. She appeared at the Oper Leipzig in the 2019/20 season Erda in »Das Rheingold« and »Siegfried«, in the 2020/21 season as Azucena in »Il trovatore«, and returns as a guest in the 2021/22 season as Erda, and as Kundry in »Parsifal«.