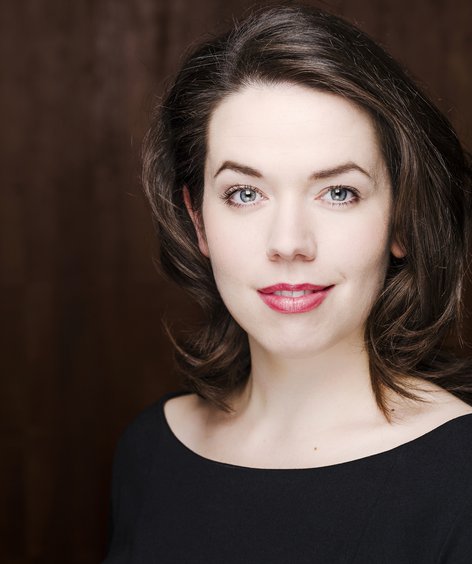 Was born in Straubing. She completed her vocal studies at the Hochschule für Musik und Theater in Munich as well as at the Bavarian Theater Academy August Everding. She has made numerous concert appearances. Her operatic repertoire includes Fiordiligi in Così fan tutte, Pamina in Die Zauberflöte, and the title role in Mozart‘s La finta giardiniera. In 2013 she appeared as Dorella in Wagner‘s Das Liebesverbot under Ulf Schirmer and the Münchner Rundfunkorchester. She performed the same role with the Oper Leipzig, and in the same year appeared in that company’s production of Die Feen. She joined the ensemble of the Oper Leipzig with the 2014/15 season. In the 2018/19 season she returns as Ortlinde in Die Walküre, Woglinde in Das Rheingold and Götterdämmerung, Ännchen in Der Freischütz, Gretel in Hänsel und Gretel and Knusper, knusper, knäuschen…, as Pamina in The Magic Flute, Liù in Turandot, and Anna in Nabucco. She also appears at the Musikalische Komödie as Bettina in Casanova. Other roles include Sussana in The Marriage of Figaro, the title role in Snow White, Marie in The Bartered Bride, the fourth maid in Elektra, Musetta in La bohème, and the title role in Rusalka. In the 2021/22 season she appears as Ortlinde in Die Walküre, the thrid Norn in Götterdämmerung, Gretel in Hänsel und Gretel, Musetta in La bohème, the title role in Snow White, Micaëla in Carmen, Dorella in Das Liebesverbot. New: the first lady in The Magic Flute, FLeonora in Maskarade.