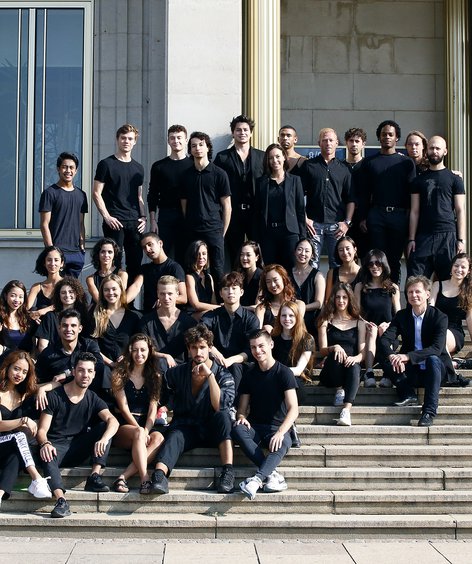 Leipzig Ballet, with its origins dating back to the late seventeenth century, is now widely recognised as one of the great international ballet companies. In the 1940s, Mary Wigman set a milestone with her choreography of Carl Orff’s Carmina Burana – with features of expressionist dance. Since the opening of the Neues Opernhaus (New Opera House) in 1960, virtually all the great narrative ballets have been performed, as well as new works.

1991 saw the start of a new era with the appointment of Uwe Scholz as Director of Ballet and Principal Choreographer. His first première in Leipzig, The Creation, which remains the flagship of the company in the neoclassical tradition, was followed by symphonic ballets such as The Great Mass, Symphony No. 7 in A major and Bruckner 8, which were staged as guest performances throughout Europe and in Hong Kong. Following Uwe Scholz’s death in 2004, the new Director of Ballet, Paul Chalmer, made his mark, inter alia, with a three-year Stravinsky cycle.

Since the 2010/11 season, Mario Schröder has taken over the company as Director of Ballet and Principal Choreographer. He previously held the same posts in Würzburg and Kiel, and has created well over 60 choreographies, including in Japan, the US, Russia, Mongolia and France as well as for great German venues such as the Deutsche Oper (German Opera) and Komische Oper Berlin (Berlin Comic Opera) and for the Aalto Ballett Theater Essen (Aalto Ballet Theatre in Essen). He worked with Ruth Berghaus, Maxim Dessau, Nikolaus Lehnhoff and Uwe Scholz and has won numerous choreography competitions.