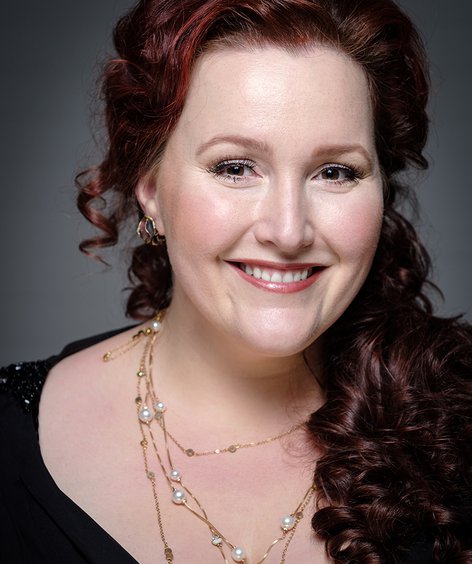 Studied in Stuttgart and in Karlsruhe. She is a scholarship holder of the Zonta Karlsruhe, the Lions Club Karlsruhe-Durlach, and the Richard Wagner Association Baden-Baden. She was a 2010 winner of the International Vocal Competition ‘s-Herzogenbosch. She was member of the opera studio at the Badisches Staatstheater Karlsruhe and is still a regular guest there. She has appeared in concert in »Carmina Burana« and Giuseppe Verdi’s »Messa da Requiem«. She has participated in a cooperation with the RSO Stuttgart and the Orchestra of the Mariinsky Theater St. Petersburg. She has held engagements at the Stadttheater Klagenfurt and the Gran Teatre del Liceu in Barcelona, among others. The 2014/15 season saw her in Karlsruhe, in Barcelona (Gran Teatre del Liceu) with Ludwig van Beethoven’s 9th Symphony, and she made her debut as Norma in Valladolid, Spain. She bowed at the Oper Leipzig in the 2020/21 season as Brünnhilde (»Siegfried«) in »Der Ring an einem Abend«, returns to the same role in »Siegfried«.