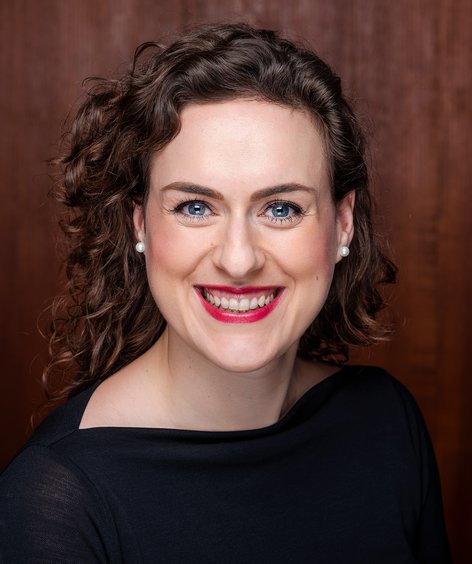 Was born in Lower Austria. She studied music pedagogy and Italian in Vienna and completed her bachelor’s degree in vocal pedagogy and her master’s in song and oratorio. As a part of the Young Singers Project in 2013 she debuted at the Salzburg Festival as a Lehrbube (»Die Meistersinger von Nürnberg«). From 2014-2019 she was a regular guest at the Stadttheater Klagenfurt. She has also bowed as Flora (»La traviata«) and the Third Lady at the Oper Klosterneuburg. She was a first prize winner in the Prima La Music competition, won the Oscar Straus Operetta Competition, and was a finalist of the 21st International Johannes Brahms Competition. She joined the ensemble of the Oper Leipzig with the 2018 /19 season. Roles in the 2021/22 season she can be seen as the Third Lady in »The Magic Flute«, Rossweiße in »Die Walküre«, First Norn in »Götterdämmerung«, and adds the roles of Tisbe in »La Cenerentola« and Blumenmädchen in »Parsifal« to her repertoire.