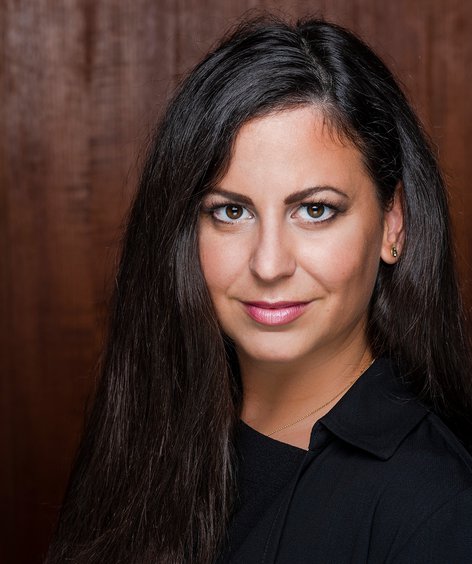 Studied at the Giuseppe Verdi Conservatory in Milan. She is a prize holder of numerous singing competitions. Beginning in 2010, she began participating in productions of the Associazione Lirica Concertistica Italiana. She has been a guest at the Teatro Donizetti in Bergamo, in Pavia, Jesi, Cremona, Brescia, Como, at the Teatro Regio in Turin, at the Opéra de Chambre de Genève and at the Ravenna Festival under Riccardo Muti. She sang Giannetta (L’elisir d’amore) in 2015 for the live television broadcast by the Teatro alla Scala at the Malpensa Flughafen in Milan. She has regularly appeared as a guest at the Tirol Festival in Erl since 2012. During the 2017 /18 season, she appeared at the Musiktheater Malmö and at the Opéra national de Lorraine in Nancy. She joined the ensemble of the Oper Leipzig with the start of the 2018 /19 season, where she appears as Gilda in Rigoletto, the voice of the woodbird in Siegfried, the title role in Lucia di Lammermoor, Frasquita in Carmen, the voice from heaven in Don Carlo, a young shepherd in Tannhäuser, Esmeralda in The Bartered Bride, Passerby 2/Animal 1/Dwarf in Snow White.In the 2019/20 season new roles include Adina in Der Liebestrank, an italian singer in Capriccio, a guardian of the threshold of the temple/ first servant in Die Frau Ohne Schatten, first flower girl/ first group in Parsifal.