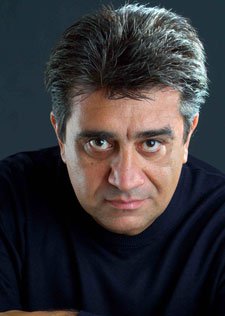 Was born in California, and studied voice, composition, and chemistry in San Diego. He makes his home in Munich. Guest engagements led him to San Francisco, to the Florida Grand Opera (Renato in »Un ballo in maschera«), to the Metropolitan Opera in New York (Nabucco, Rigoletto, Jago and Count of Westmoreland in »Sly«), to Montreal, Turin, and Nizza (Macbeth and Nabucco), as well as the Teatro Real in Madrid (Simon Boccanegra), to Bergen (Jago and Escamillo), to the Vienna State Opera (Alfio in »Cavalleria rusticana«) and to Graz (Giorgio Germont in »La Traviata«). He has also appeared in Switzerland, Ireland, Israe (Ashkelon Festival), New Zealand, South Africa, Venezuela, the Czech Republic, the former Yugoslavia (numerous roles at the Skopje-Festival) and Bulgaria. In Germany he’s appeared in Düsseldorf (Luna in »Il trovatore«, Scarpia in »Tosca«, and Amonasro in »Aida), at the Staatsoper Hamburg (Macbeth), at the Deutsche Oper Berlin (Nabucco, Amonasro and Alfio/Tonio in »Cavalleria rusticana«/»Pagliacci«) and the Staatsoper Stuttgart (Scarpia in »Tosca«). He has guested at the Oper Leipzig as Giorgio Germont in »La traviata«, Agamemnon in »Iphigenie in Aulis«, Macbeth, Canterville in »The Canterville Ghost«, Tonio in »Pagliacci«, and as Jack Rance in »La fanciulla del West«. He returns in the 2021/22 season as a guest to sing Scarpia in »Tosca« and Donner in »Das Rheingold«.