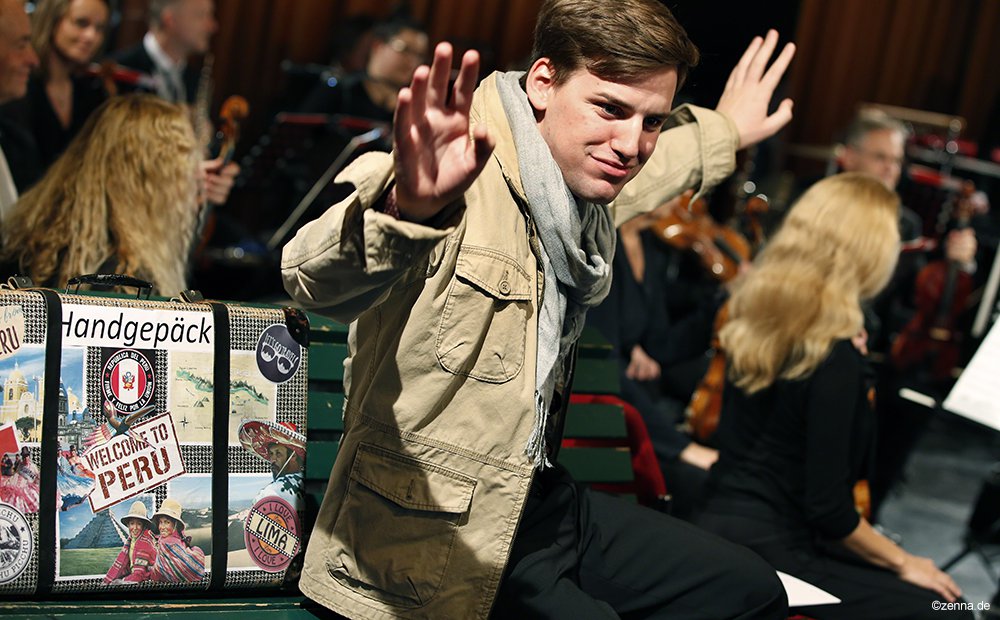 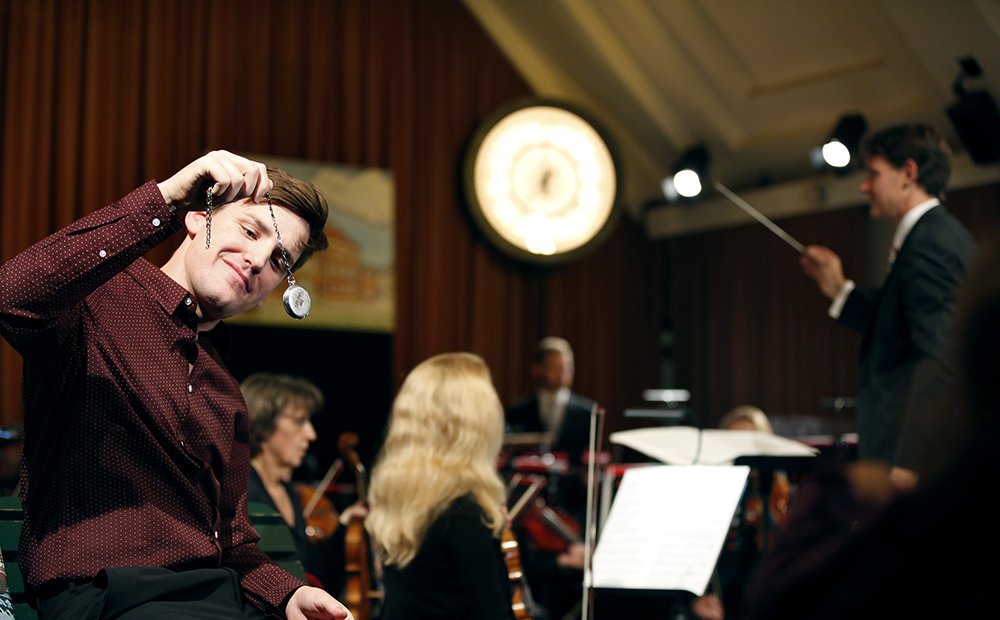 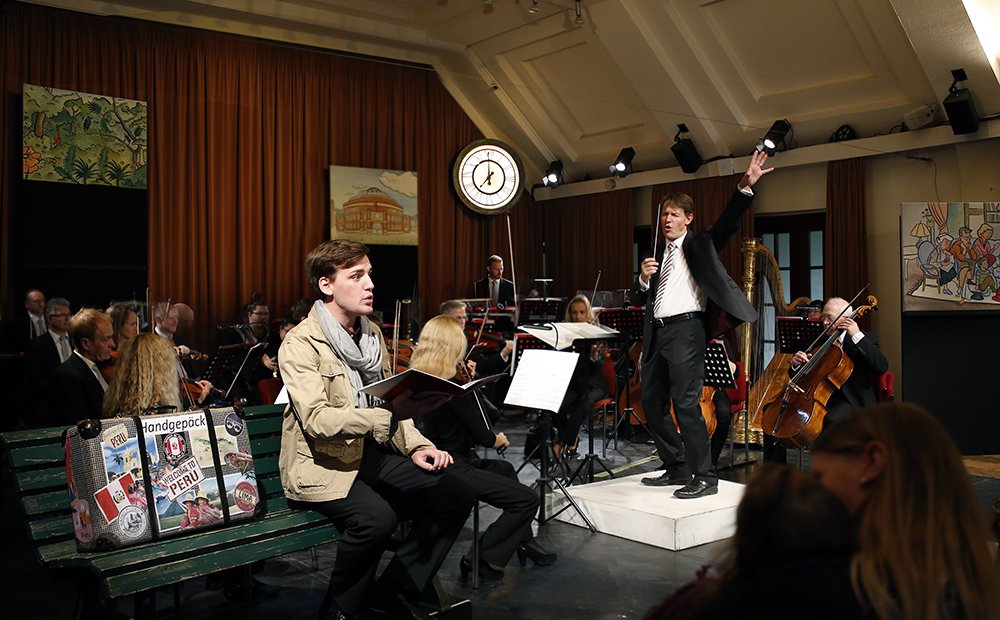 It’s a rather strange situation: a little bear from Peru sits on a train platform in a London train station. Around his neck is a little sign: “Please look after this bear. Thank You.” Who can resist, especially once you look in his big, sad eyes? And so Paddington’s London adventure begins. He’s made it all the way to the concert hall, where – together with his young friends – he’ll discover the world of classical music. Every child knows Paddington Bear, the lovable marmalade and bitter orange aficionado named for the London railway station, who has won over children’s hearts the world over since 1958.