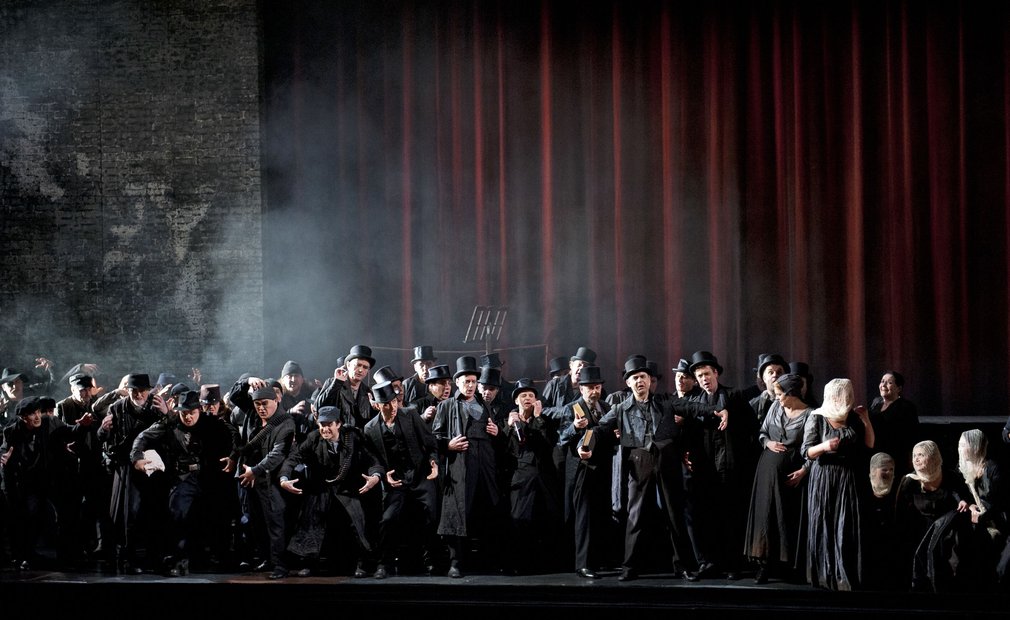 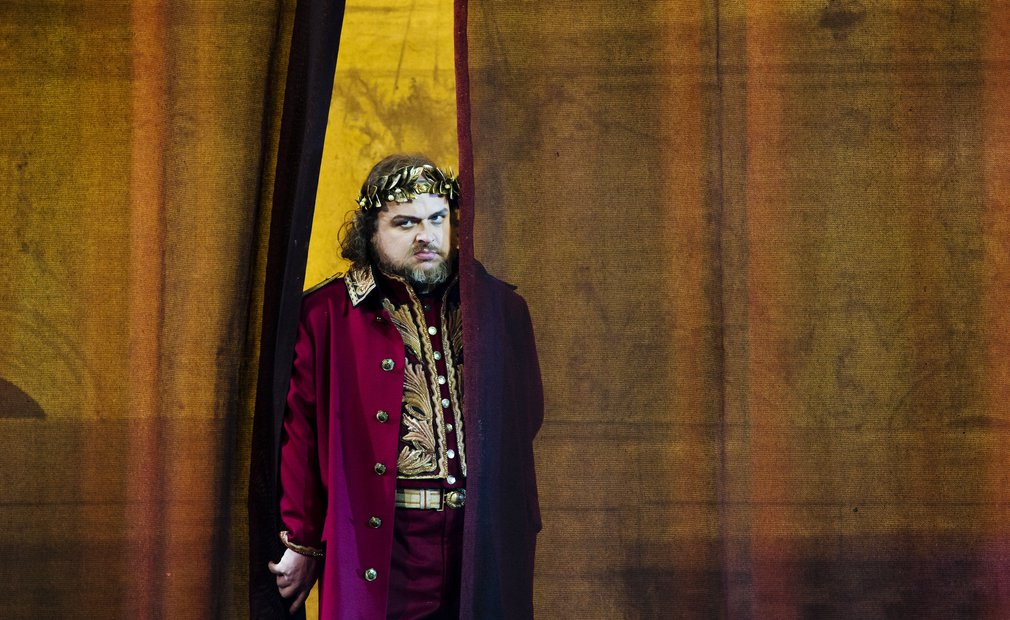 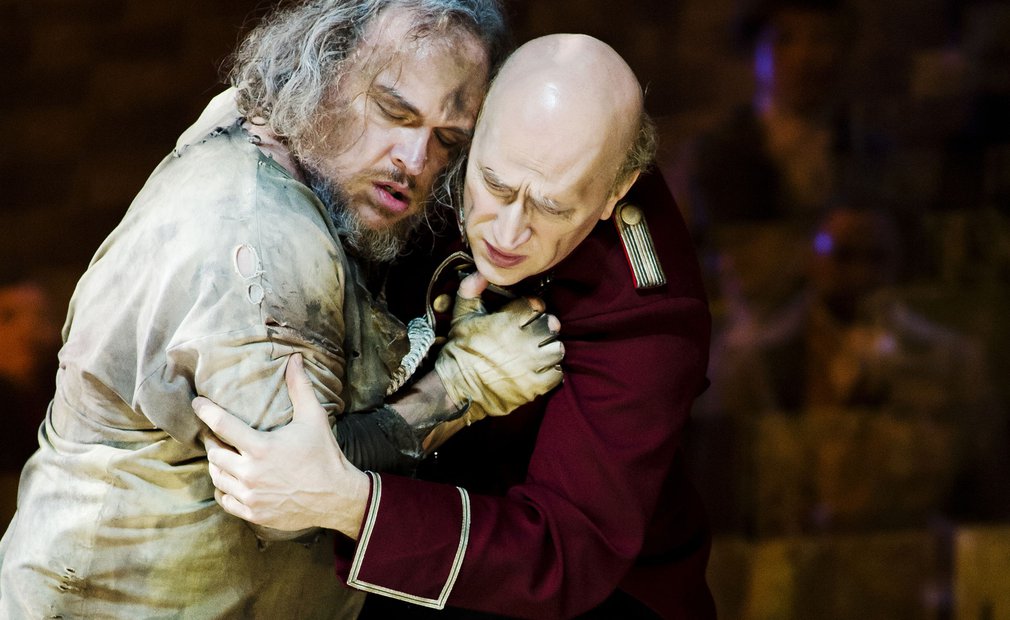 Oper in four parts | Text by Temistocle Solera | In Italian with German supertitles | Playing time ca. 2 ½ hours | One intermission
In 1842, Verdi broke onto the scene as an opera composer with Nabucco. In it, he shapes grand emotions like love, hate, and madness with awe-inspiring exactness and rousing musical power. The capture of Jerusalem by Nebuchadnezzar, the Babylonian king (Nabucco, for short), sets in motion a chain of events that leads inevitably to collapse and ruin.
Zaccharia, the high priest, urges the Hebrew people to continue hoping that they will be saved, as he holds Nabucco’s daughter and heir, Fenena, captive. But Fenena loves Ismaele, one of the Israelites. Abigail, Nabucco’s other daughter, also loves Ismaele, and lays claim to the throne. When she finds out that she is really the daughter of a slave, she wrests the crown from the now-deranged Nabucco and declares herself ruler of the Babylonians. She vows to kill Fenena and the imprisoned Israelites. In extreme need, Nabucco prays to the God of the Israelites for help.
The choral piece Va, pensiero, sull’ali dorate, one of the most popular numbers in opera history, represents the freeing of a repressed people, and remains today an unofficial second national hymn for Italy. But this chorus is but one of the many emotional high points in the opera. Dietrich W. Hilsdorf, in his fourth production for the Oper Leipzig, staged this dramatic tale of love and madness.