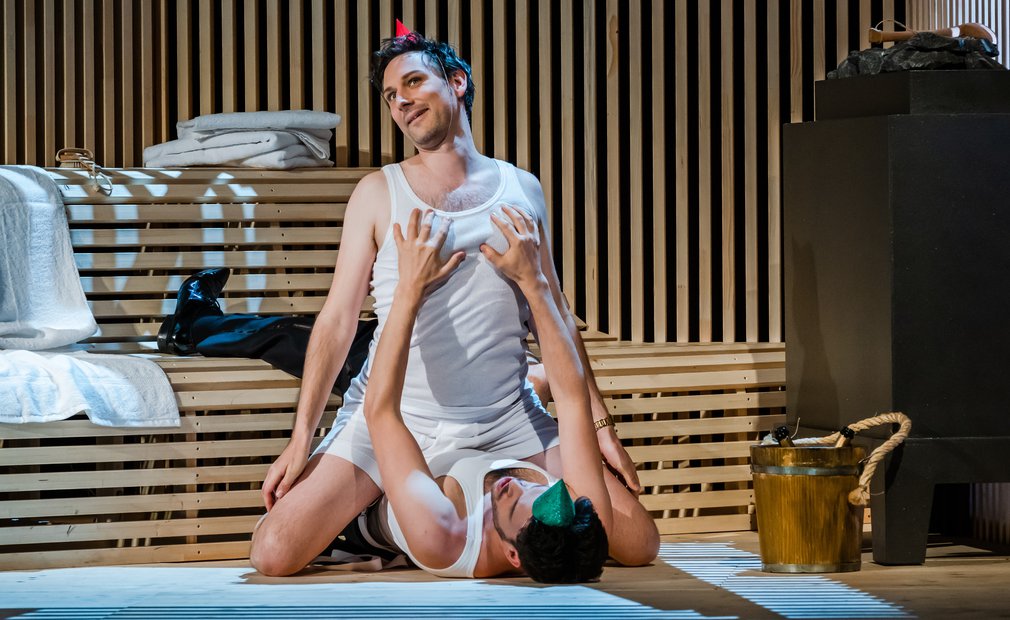 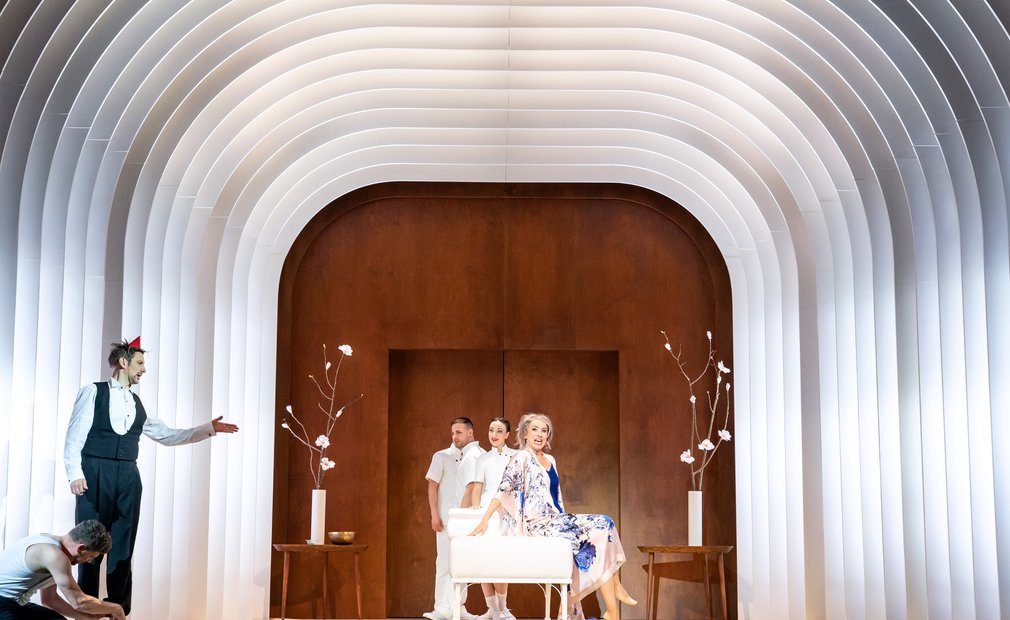 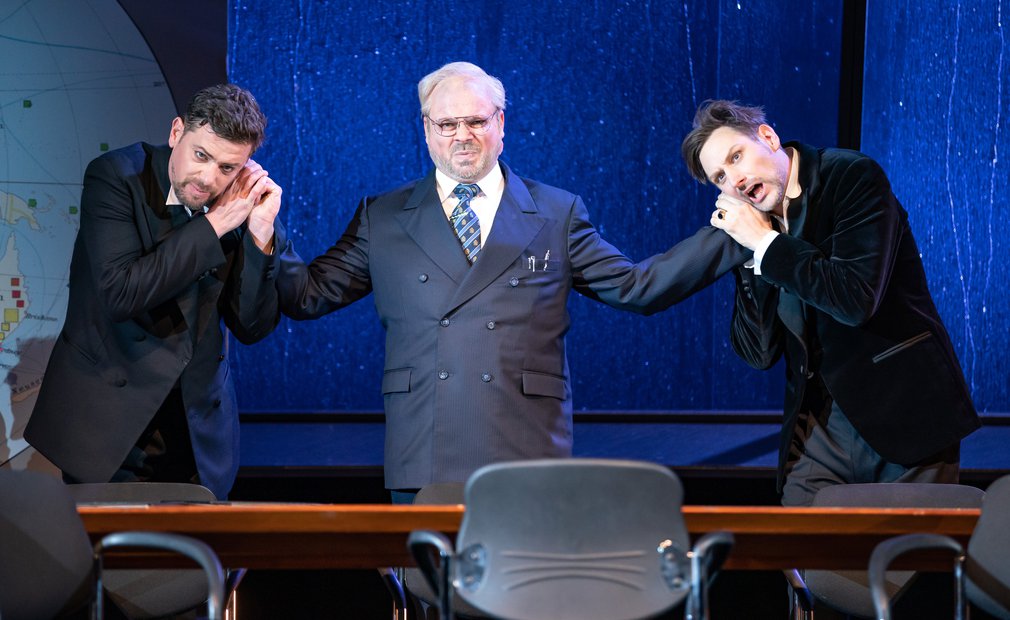 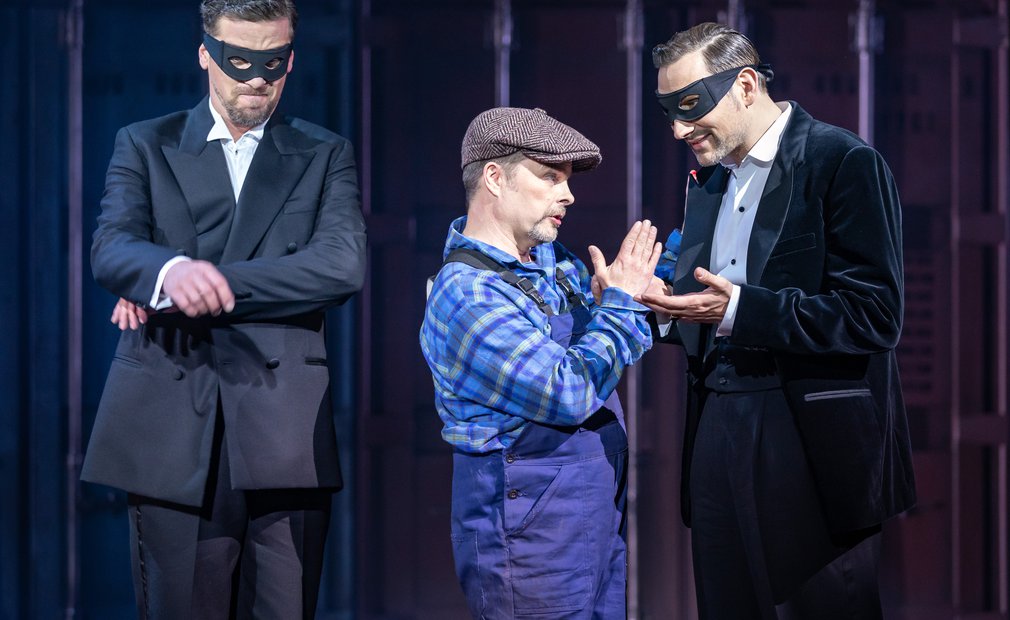 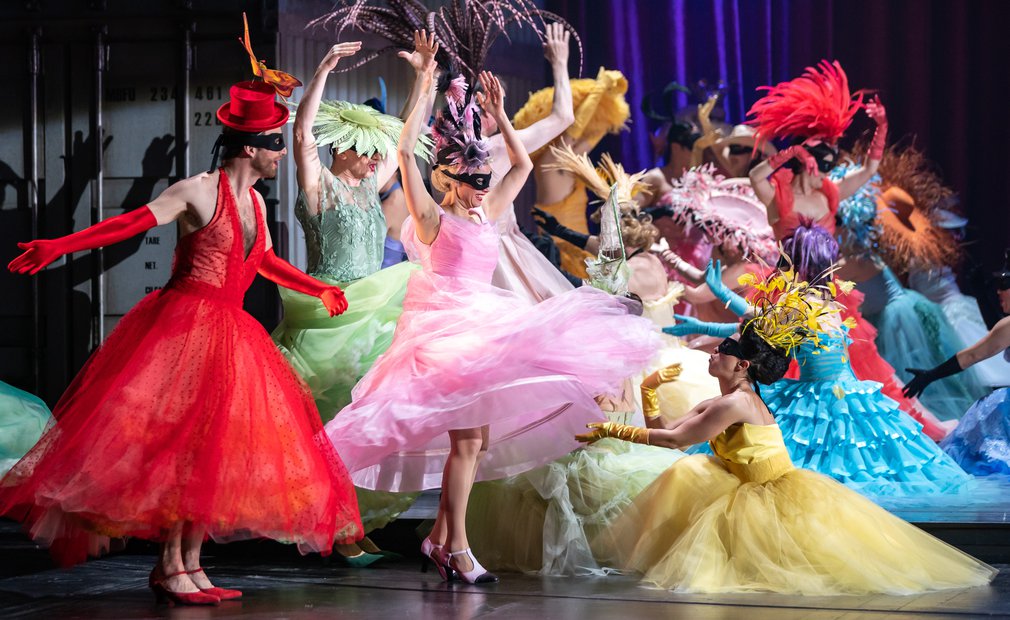 Jeronimus and Leonard have decided that their children should marry, although they do not even know each other. The elderly are all the more incensed when they learn that Leander and Leonora have fallen for other partners at a masked ball - or so they believe. The prospect of an arranged marriage therefore leads to fierce resistance from the newlyweds. In order to force the children to be happy, the parents seek out the scene of the action: a comedy house, where they throw themselves into the colorful hustle and bustle. This is brought to an end after some confusion when the master of ceremonies orders the removal of the masks and thus heralds the happy end for all involved.