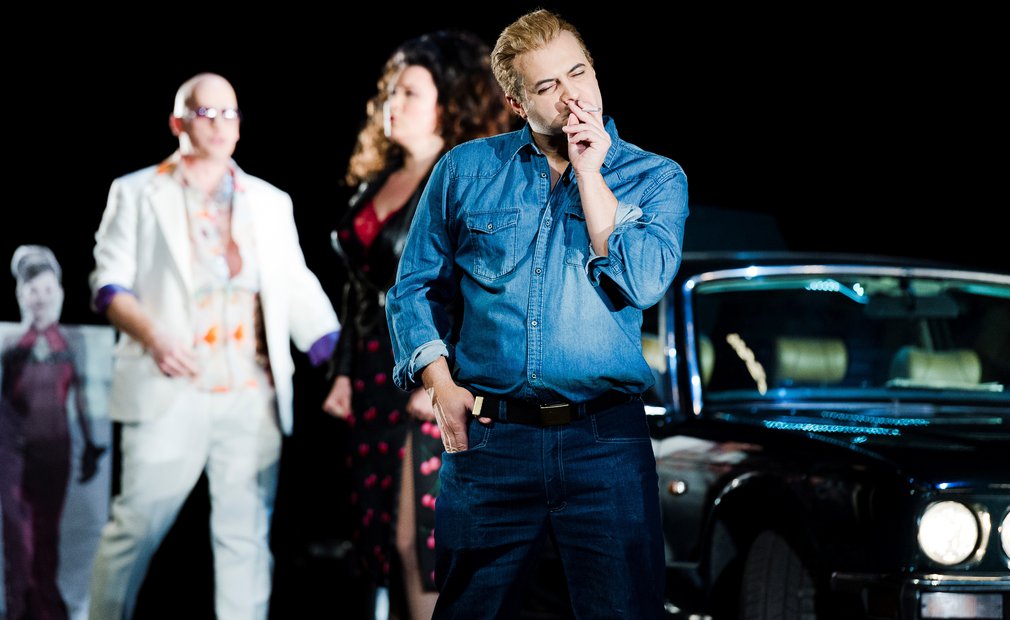 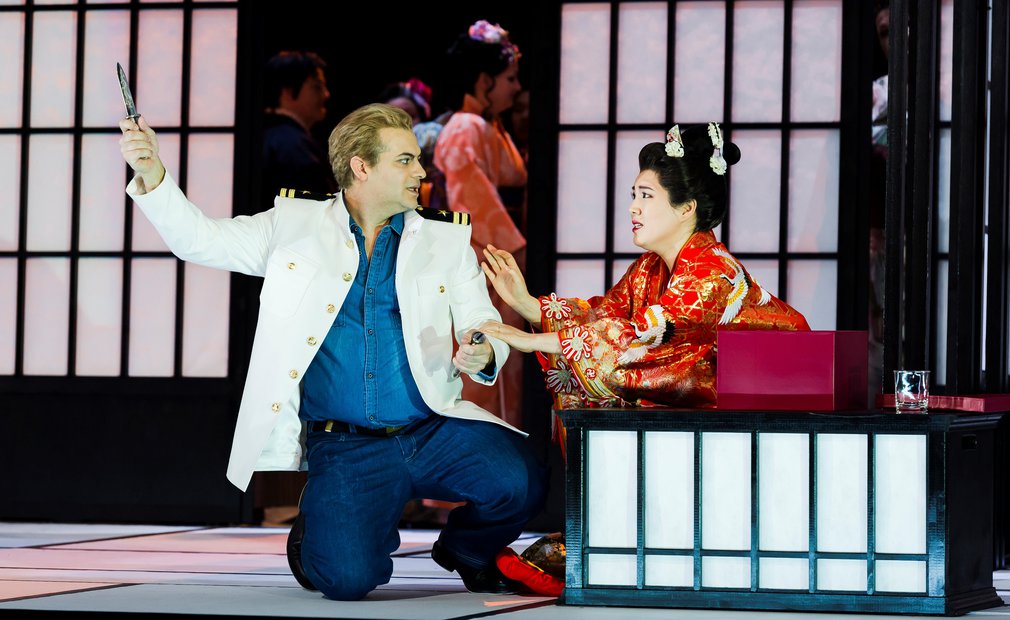 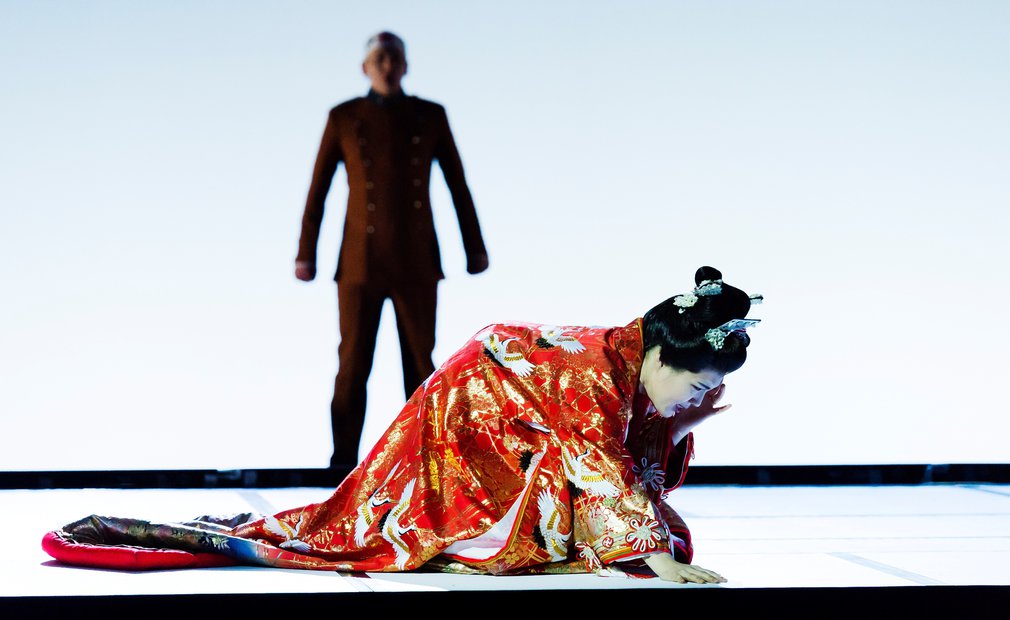 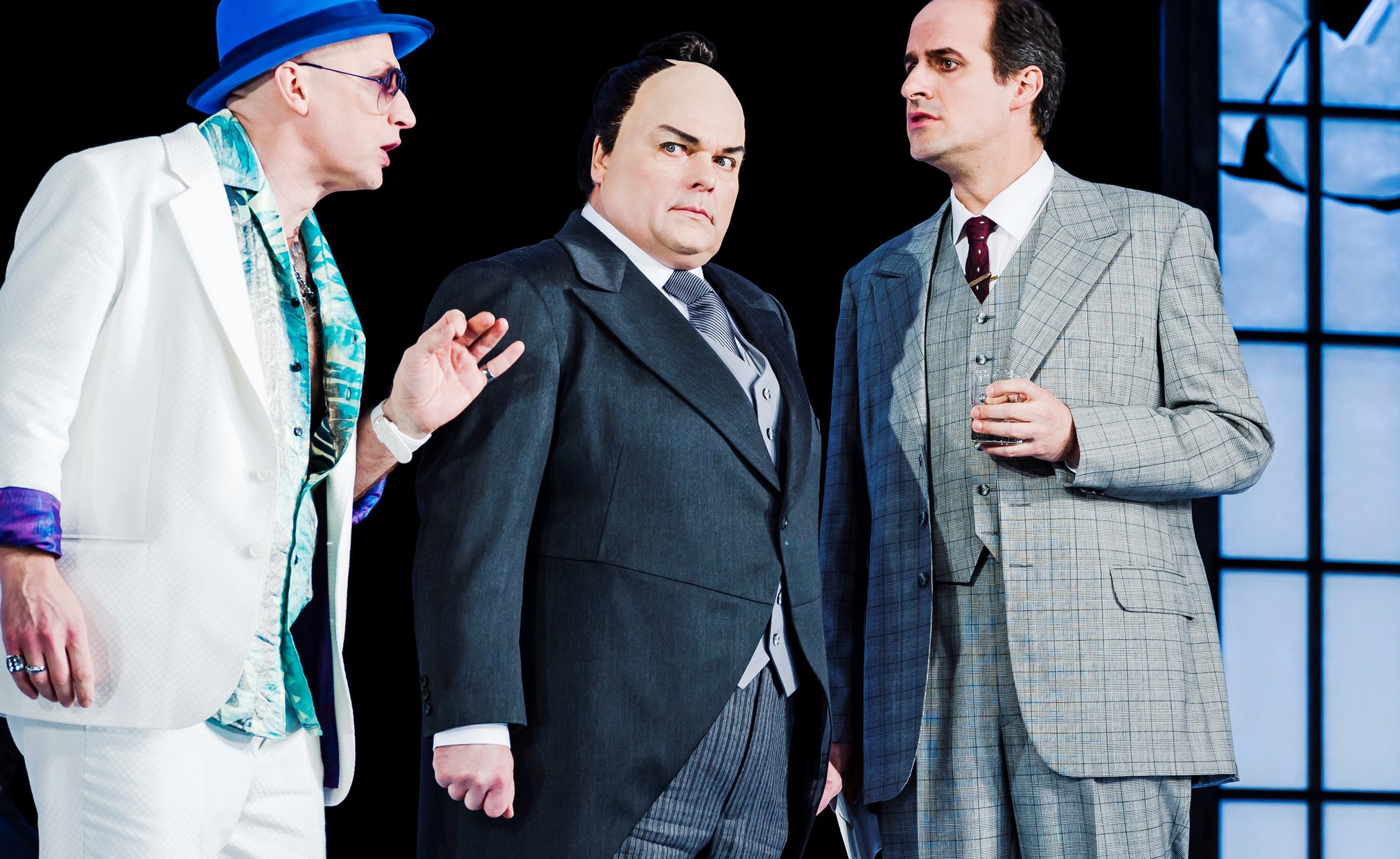 Japanese tragedy in three acts | Libretto by Luigi Illica and Giuseppe Giacosa | After the theater piece by David Belasco and John Luther Long | In Italian with German supertitles | Playing time ca. 2 1/2 hours | One intermission
This opera, which Puccini himself considered his favorite and best work, moves everyone who hears it. In the summer of 1900, Puccini saw David Belasco’s theater piece »Madame Butterfly« in a London Theater, and was indelibly touched. It was a tragic story of very human proportions, coupled with an old-fashioned dose of Far East exoticism. As Belasco did, Puccini set his opera in the present, in the year 1904, the year of its world premiere. The strict rules and customs of Japanese society are confronted by the western world, in the form of the American marine lieutenant Pinkerton. For him, his fictitious marriage with the young geisha Cio-Cio San, also called »Butterfly«, is nothing more than an exotic romantic adventure. For her, though, it is the chance of a lifetime: Fascinated by the notion of the different, freer world that her lover could give her, she’s ready to break with everything she’s ever known. She believes steadfastly that Pinkerton will return to her, even long after he has left Japan. And when he finally does return, after three years, it spells disaster.
With »Madama Butterfly«, Puccini created one of the greatest masterpieces of his time: sumptuous melodies, full of emotional turns and exotic moments that merge as one, without sacrificing truth and realism. Aron Stiehl, who was most recently celebrated for his production of Wagner’s Liebesverbot in the summer of 2013 in Bayreuth and the subsequent Leipzig premiere of the same work, directs.