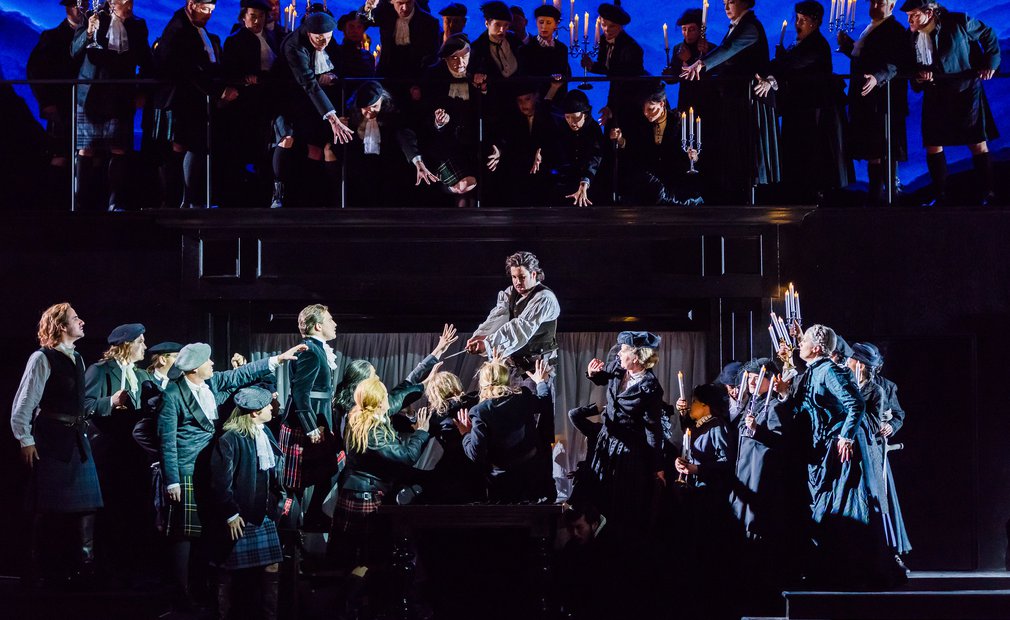 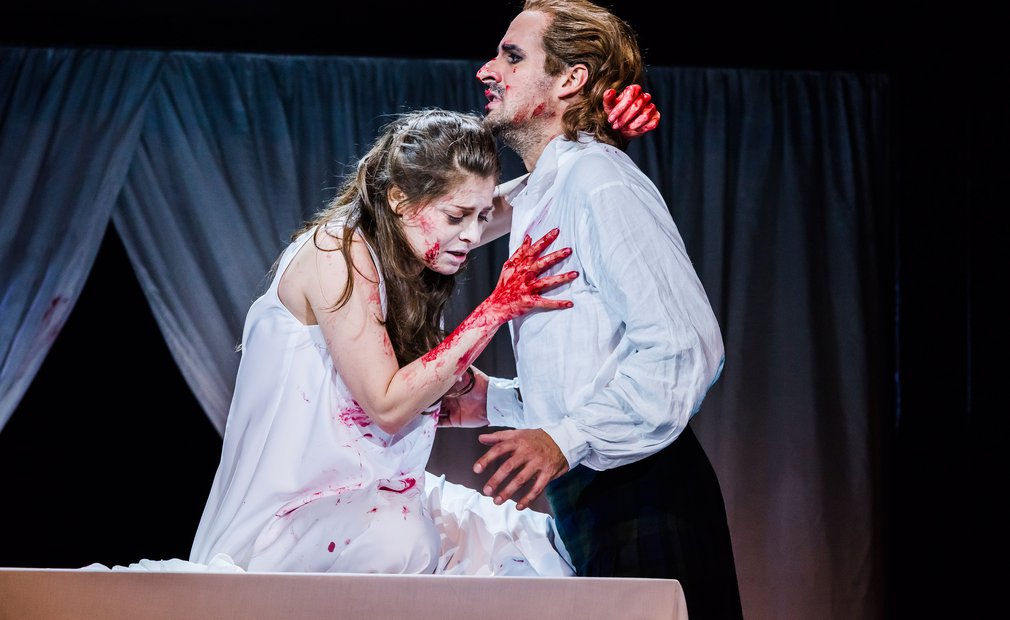 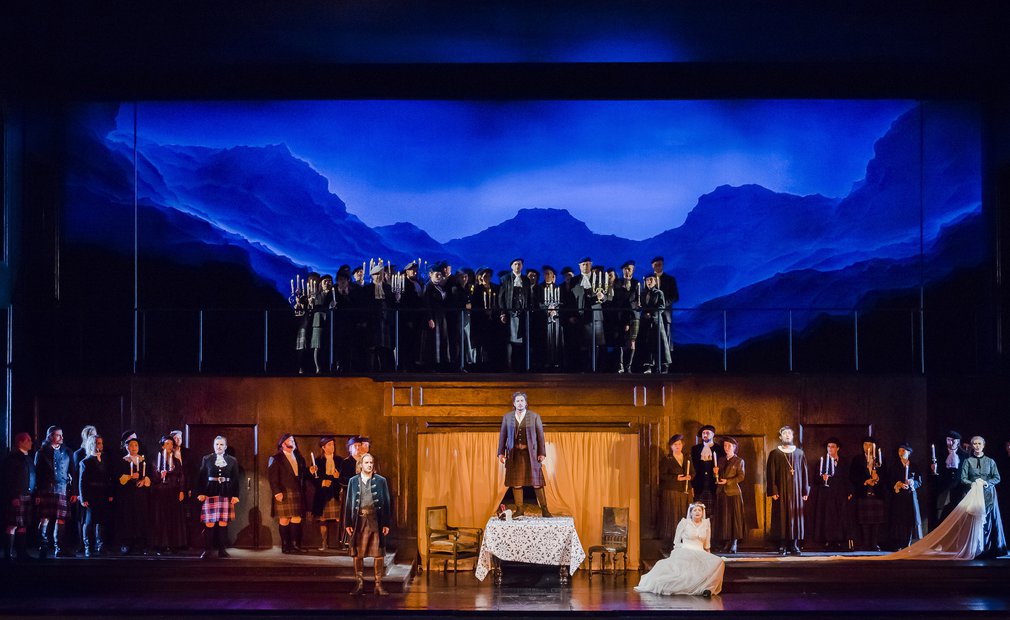 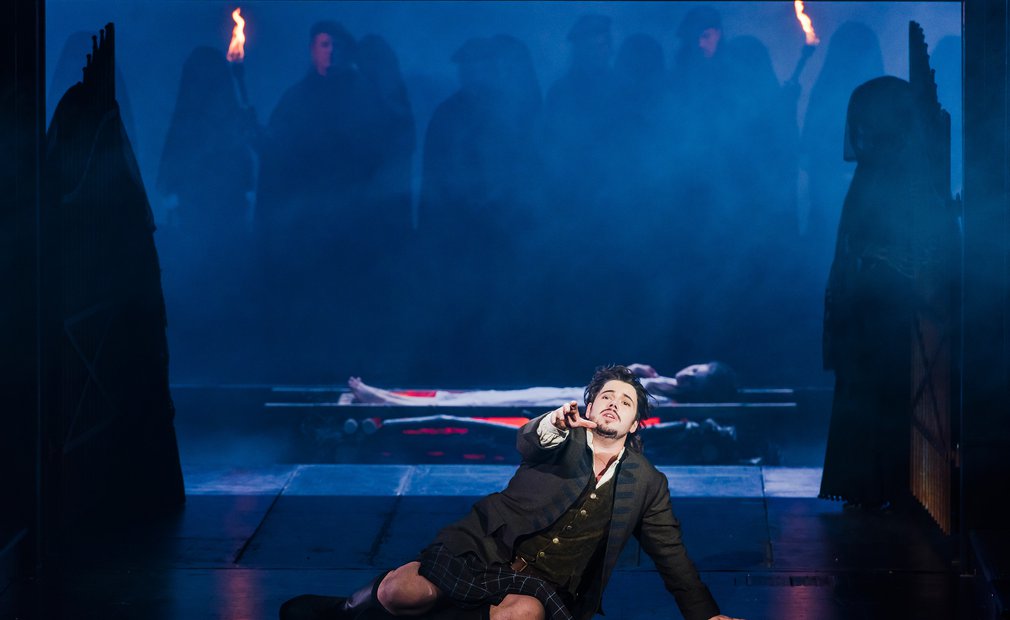 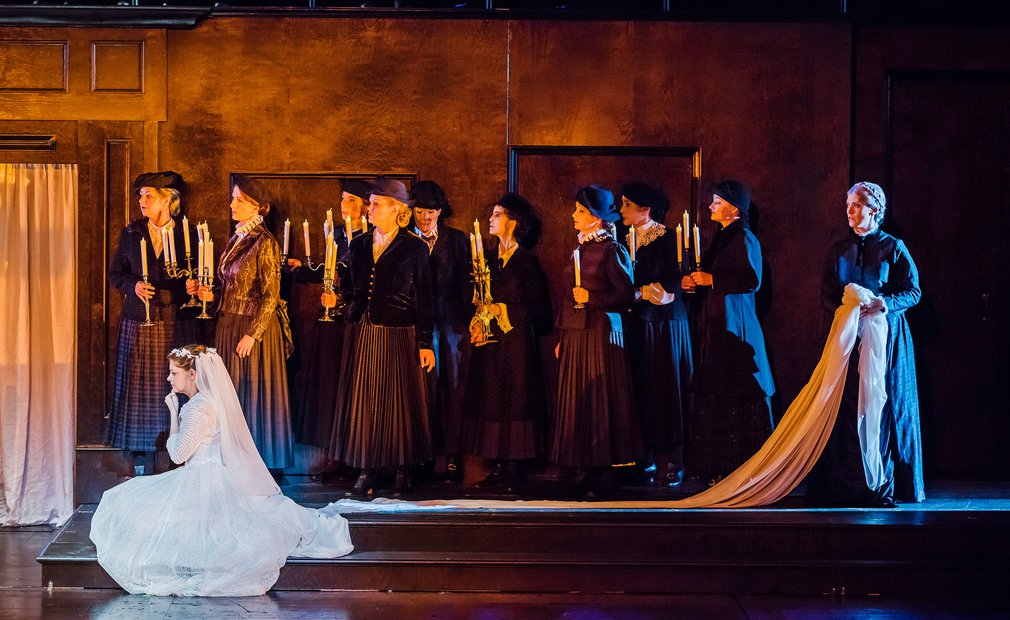 after the novel The Bride of Lammermoor (1819) by Sir Walter Scott in the translation (1826) by Gaetano Barbieri | In Italian with German supertitlesr | Playing time ca. 2 3/4 hours | One intermission

Two lovers who fall victim to two rival families. That’s how the famed literary critic Marcel Reich-Ranicki described Shakespeare’s Romeo and Juliet, the basis for most modern tragic love stories for the stage. Italian opera of the 19th century added the madness of dizzying coloratura arias for its female protagonists to the mix. There’s no better example of a so-called mad scene than in Gaetano Donizetti’s Lucia, a protagonist who finds herself caught in the middle of a feud between rival Scottish clans. Lucia lives together with her brother Enrico in the dubiously acquired Ravenwood Castle. Enrico seeks to better his own social standing by marrying Lucia into a well-positioned family. But Lucia is in love with Edgardo of Ravenswood, Enrico’s archenemy. During the celebration of her nuptials to Lord Arturo Bucklaw, Lucia kills her new husband. When she appears in her blood-soaked bridal gown, the people declare her mad.

Long before mental health became a recognized field of medical research, Donizetti took a stab at musically interpreting a mental state, and hit the mark. Bel canto is much more than just beautiful singing: Lucia’s gruesomely beautiful music makes us ache with empathy for her. By the time the curtain falls, the audience finds itself asking: who is really mad? Lucia, the tender soul who -- utterly hopeless -- commits murder? Or is it rather society that has gone mad, forcing individuals to suppress their own needs in favor of the interest of the presumed greater good?