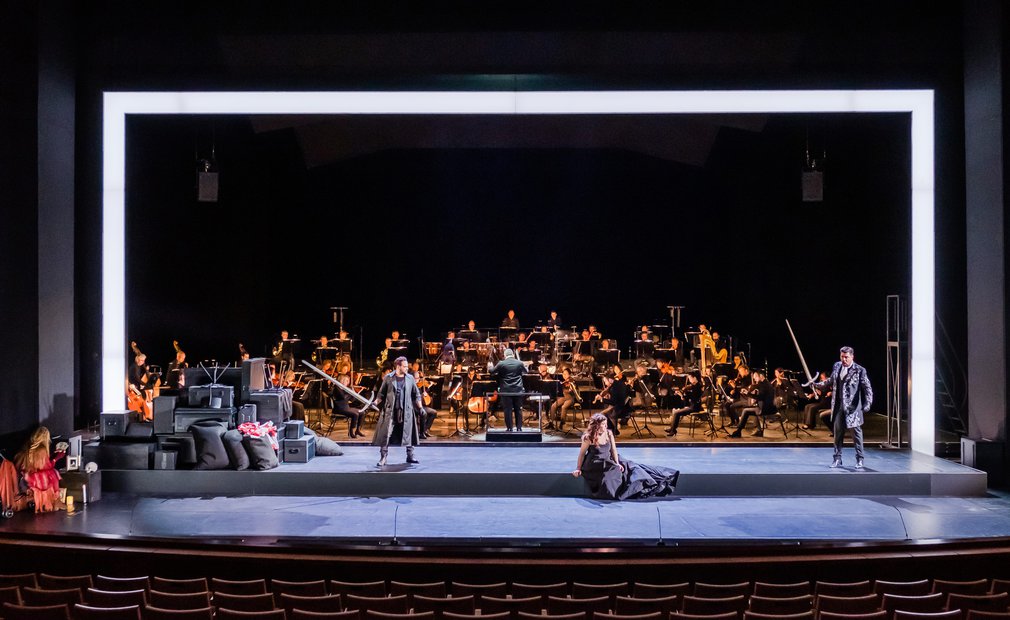 Revenge and jealousy - these are the driving forces in this eerily beautiful opera. It seems almost scary that the librettist Salvadore Cammarano suddenly died during the finishing touches on the »Trovatore«. Giuseppe Verdi composed dark and stirring music for his text. With vocal highlights and large tableaux he created attractive contrasts in the darkness. In addition to “Rigoletto” and “La traviata”, “Il trovatore” became part of Verdi's so-called “trilogia popolare”. The evening will be staged by Jakob Peters-Messer, who already impressed the Oper Leipzig in 2017 with his dark Kafkaesque »Don Carlo«. In a version adapted to the current situation, his »Trovatore« is now celebrating its premiere with a stage design by Markus Meyer and costumes by Sven Bindseil. We look forward to the guests Marina Prudenskaya as Azucena, Roberta Mantegna, who celebrates her house debut as Leonora, and our regular guest, the tenor Gaston Rivero as Manrico.