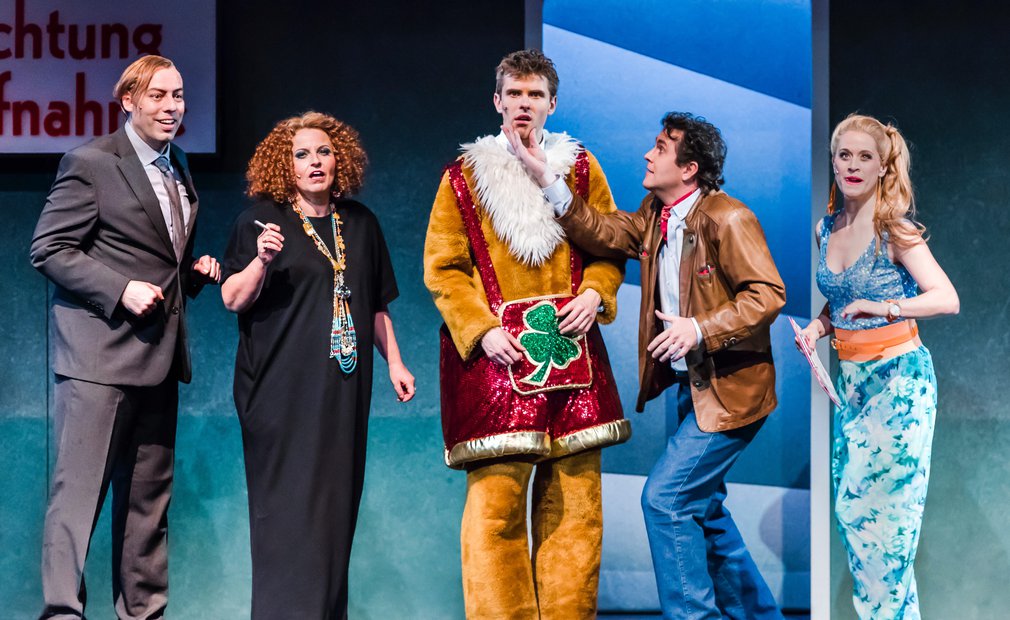 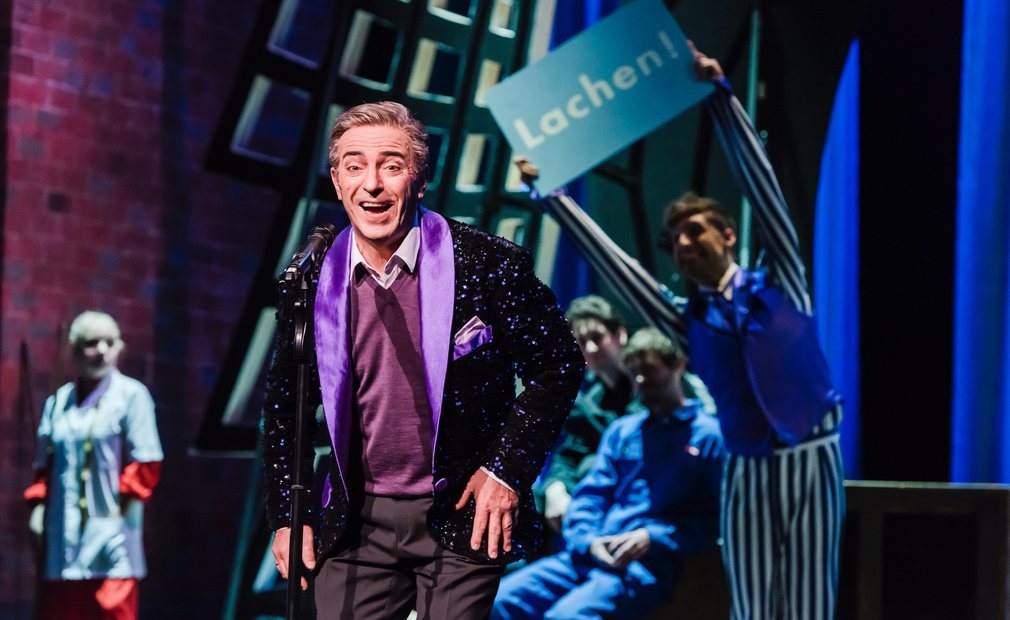 A musical by Thomas Hermanns (Text) and Achim Hagemann (Music)

Saturday night in the Ruhr region, Germany’s Industrial Belt. The Eurovision theme song drones from the television. Just enough time to serve the last hors d’oeuvres and settle onto the sofa before the title song starts, and everyone joins in: “Witzigkeit kennt keine Grenzen! Witzigkeit kennt kein Pardon!” (“Humor knows no bounds, humor knows no apology”). For decades, Saturday night with Peter Schlönzke’s family has been the same story over and over: It was Peter’s secret dream to meet Heinz Wäscher, the host of the Saturday night show. But when Peter learns about Wäscher’s true nature during a casting call, he loses control -- on camera. The show’s director of programming realizes the chance he has to give the show a makeover, and asks Peter to take over as the host of the show. Suddenly, the unremarkable Peter is a star. But soon enough, he learns how quickly television can change a person.

Hape Kerkeling created a uniquely satirical persiflage of show business with his film Kein Pardon, presented here in musical form. With its unadulterated depiction of both the Ruhr region and of the always-smiling world of television entertainment, it is also a clever juxtaposition of two musical worlds: rock n’ roll and show orchestra. After its world premiere at the Capital Theater in Dusseldorf, the musical appears at the Musikalische Komödie in an adaptation for a theater and orchestra. Thomas Hermanns – known as the host of the Quatsch Comedy Club – directs.