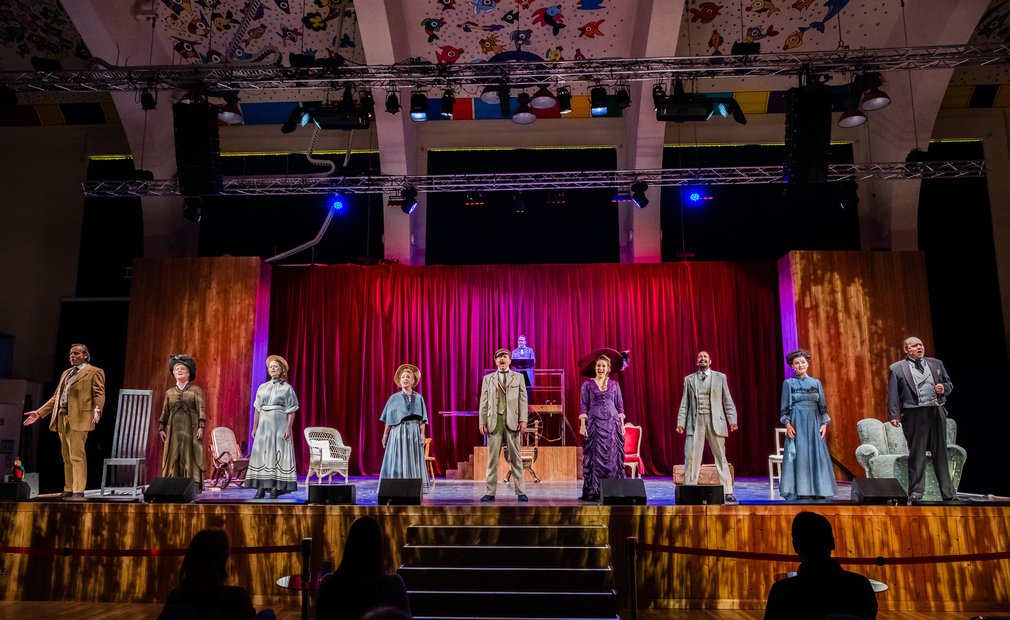 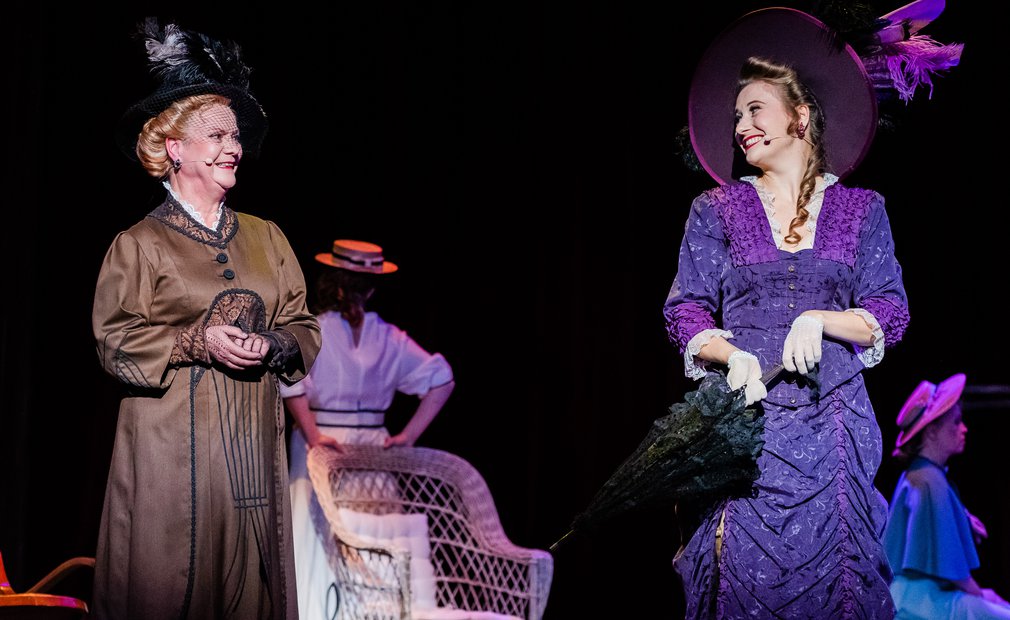 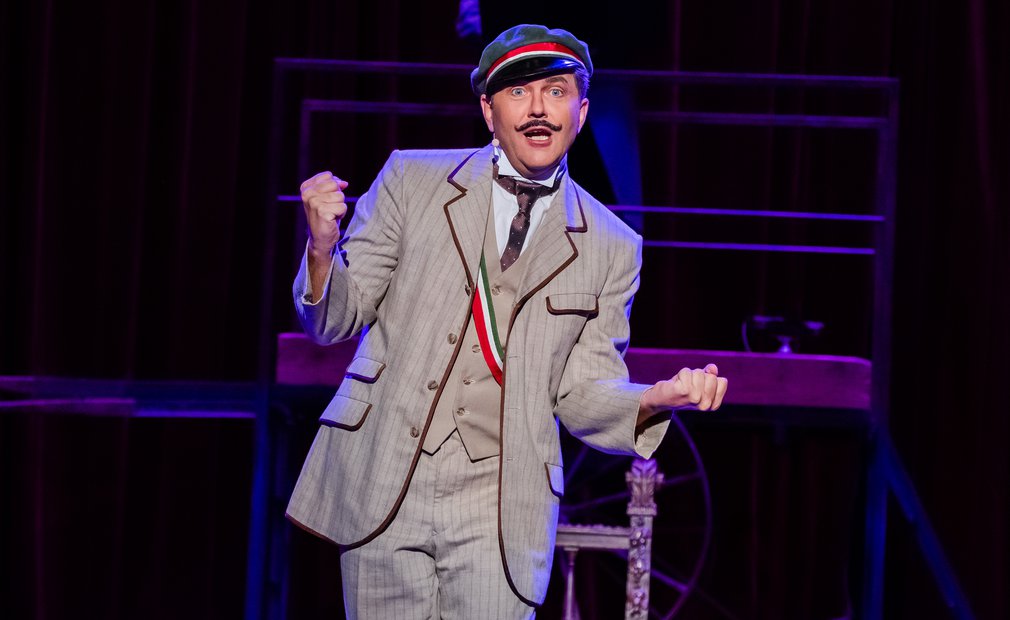 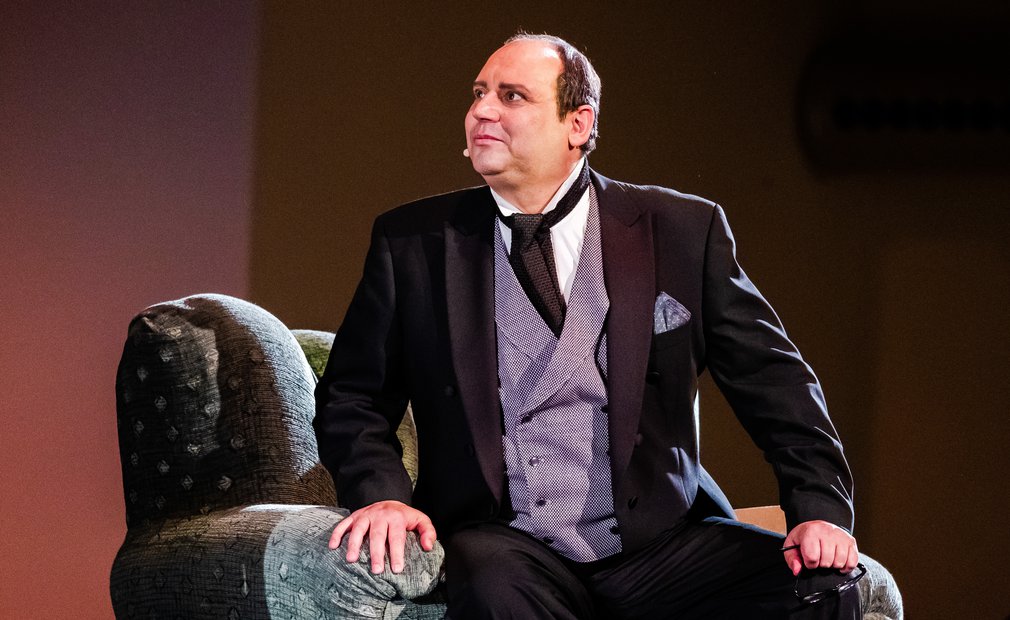 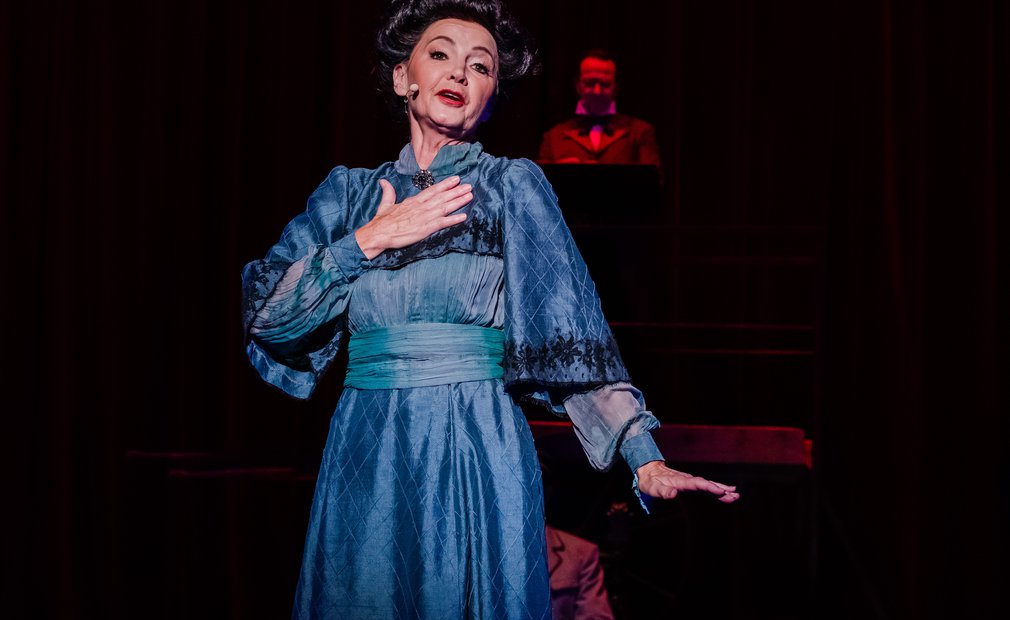 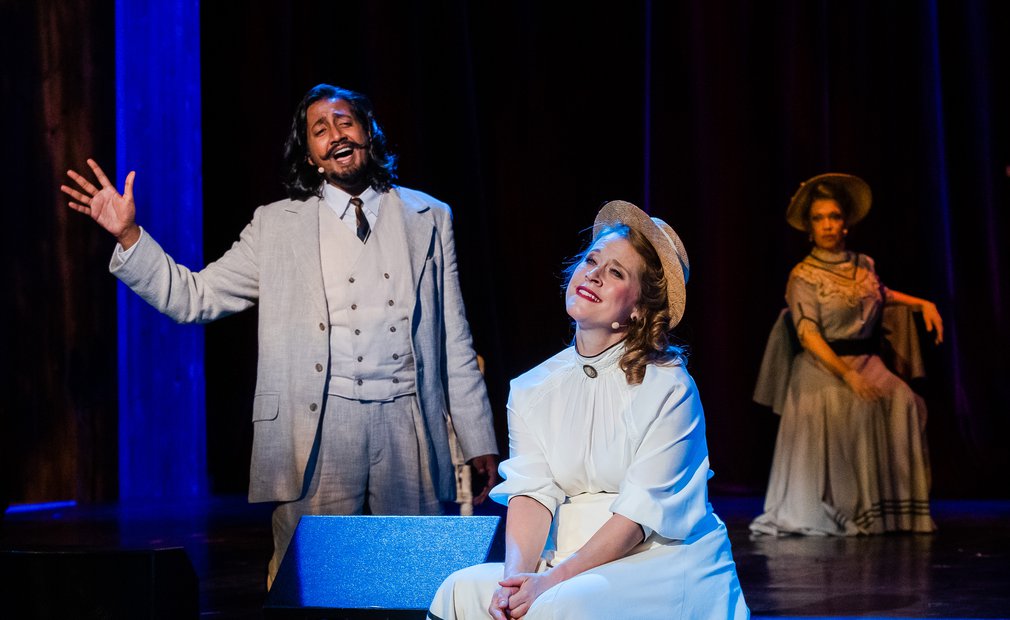 A traveling theater like this is a cosmos of its own: Always on the move, always tight at the cash register, but full of enthusiasm for »Bretter, die die Welt bedeuten«. The same thing happens to theater director Emanuel Striese, who drives through the country with his thespian cart. There is no shortage of talented actors, as he counts the youthful hero Emil Sterneck - with ambitions for great art - and the Primadonna Bella della Donna - who is by no means an Italian countess, but the original Berlin butcher's daughter Mieze Kalweit, to his troop. But how do you find the right piece? The high school professor Gollwitz has a promising opera up his sleeve: "The Robbery of the Sabine Women." But Gollwitz was not very enthusiastic about the idea of ​​actually having his work performed - after all, he is a well-known personality and has a reputation to lose. But Gollwitz can't escape the charm of the spirited Bella della Donna. When Gollwitz ’daughter Paula finally dares to step into the limelight, a turbulent performance begins with unforeseen consequences. Gerhard Kneifel's work represents a high point in East German musical history. First performed in 1970 at the Berlin Metropol Theater, it humorously draws on the popular drama about the "Robbery of the Sabine Women" by the brothers Franz and Paul von Schönthan. The librettists Helmut Bez and Jürgen Degenhardt, who among other things also provided the texts for Gerd Natschinski's »My Friend Bunbury«, relocated the plot to the turn of the century and targeted both the vagabond theater and the German petty bourgeoisie in a skilful parody. A musical about appearance and reality, the bourgeois longing for freedom, but also the artist's striving for sedentariness. As a composer of the light muse, Gerhard Kneifel moves elegantly between hits, chansons, waltzes, rock and ragtime in his musical. The Ensemble der Musikalische Komödie presents this key work of the cheerful music theater of the DDR in a specially set up version (Daniel Hirschel): Chief director Cusch Jung guides through the musical as a narrator and sensitively comments on the turbulent story of "Boards that mean the world".