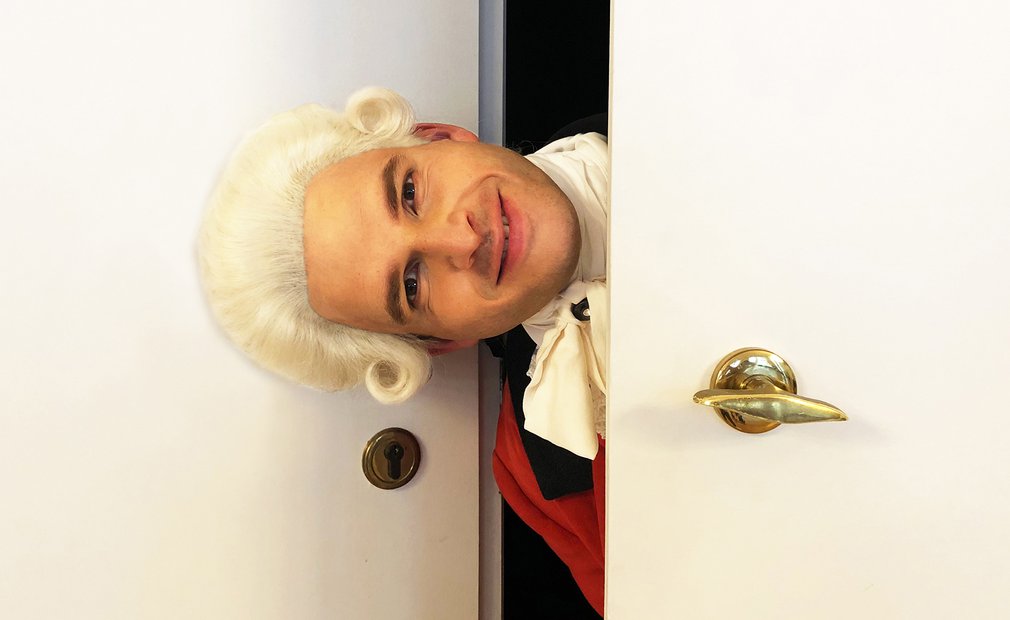 »Dearest papa! I cannot write poetically: I am not a poet. I cannot artificially classify the idioms so that they give shadow and light: I am not a painter. I cannot even express my attitudes and thoughts through interpretation and pantomime: I am not a dancer. But I can do it through sounds: I am a musician! «This is how the young Wolfgang Amadeus Mozart described himself in a letter. And he was a musician through and through from an early age. At the same time, however, he was, besides the much-vaunted child prodigy, simply the "Wolferl", highly gifted, but also with a lot of fun with musical and linguistic jokes. His sister, known as »Nannerl«, observed that this trait persisted into adulthood: »(...) apart from the music he was and almost always remained a child." And now comes "Trazom Suedama Gnagflow", as he called himself in a letter to his mother, to the concert foyer to tell his youngest audience what his many names are all about, to show how he used to do magic with sounds as a child or smear a sandwich on the piano keyboard. But his favorite characters from his operas can also be heard next to curious instruments, like a magical carillon that sounds so wonderful!